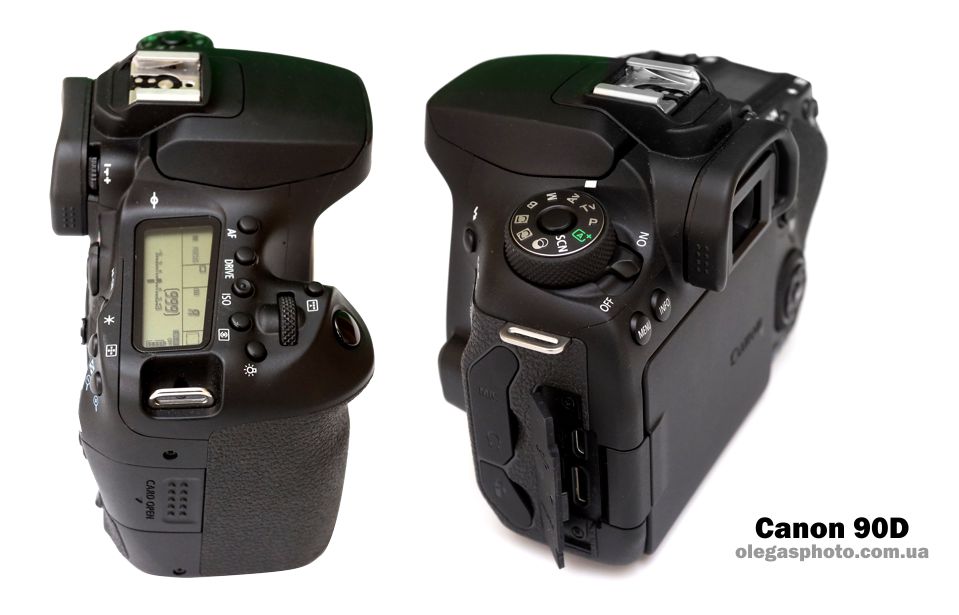 Perhaps these are the most important features that you should pay attention to. I made a video review where I tested this camera and compared it with my full-frame Canon R. The cameras are very similar in terms of functionality. Canon 90D is packed with a ton of useful features, and even surpasses the flagship in some details.

By the way, the 90D can do focus bracketing, which is currently only available on the Canon RP. And the silent mode is available here at any time directly from the menu, and not in one of the automatic modes, as in the Canon RP. By the way, this is a DSLR and there is silent mode with electronic shutter... The fastest shutter speed with a mechanical shutter is 1/8000, with an electronic one - 1/16000.

In general, given the considerable cost of this camera, the question arises:

In my opinion, this camera is for videographers or bloggers.

The bottom line is that for the price of the Canon 90D, you can choose from several full frame cameras: Canon RP, 6D mark II, 5D Mark III. In terms of photo quality, all these cameras are undeniably better. It is a full frame and a full frame in Africa. BUT! None of these bodies are capable of shooting 4K video with excellent autofocus and without the many limitations of the Canon RP.

In addition to autofocus in video, the 90D also shoots surprisingly well in the dark. Video at ISO 3200-4000 is quite viewable, which cannot be said about photographs.

I don't want to raise shadows in the photo at ISO 1250. They start to crumble and have mediocre detail. Photos at ISO 2000-3200 could be easily shot at 12 megapixels and there would be no difference. When the ISO is raised, the details of the photos sag and you shouldn't think about the nominal 32,5MP. But if these photos are compressed to web resolution, they become quite usable (which cannot be said about cameras on mic 4/3 at such ISO). 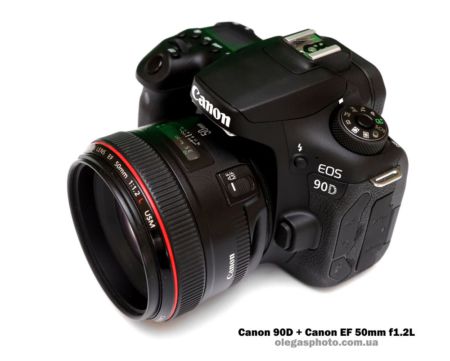 But if you wear a sharp lens and shoot in good light and low ISOs, then the detail will pleasantly surprise you. This cropped camera produces very sharp and detailed images under the conditions described above. But I would not advise using cheap EF-S optics for these purposes. On a tight budget, it's better to look at fixed focal length lenses. For example, the Canon EF 40mm f2.8 STM performed very positively with this camera.

I would say that the Canon 90D is perfect as a second camera for a person taking photos + videos on a Canon system. As the first camera, the device will be more interesting for videographers than for photographers. The FullHD picture has ceased to be soapy, like in many previous cameras, and 4K pleasantly surprises with high detail and absolutely working dual-pixel autofocus tracking.

The camera has good capabilities for slow-motion shooting: FullHD 60fps while maintaining autofocus and sound recording and FullHD 120fps without sound and autofocus.

A flaw that I noticed as interior photographer, - Canon 90D does not allow raw files to be saved during automatic HDR photography. You only get JPG. Canon R can do both. This function is useful if you need to shoot a series for HDR gluing from your hands - it is convenient when the camera itself will quickly make a few ras for you. For this, the Canon 90D will need to be mounted on a tripod. The inconvenience is small, because in a good way, a tripod is still necessary for this.

Thus, the 90D is far ahead of the previous canons from this segment in terms of video. As for the photo, there are also many opportunities, but this is still a crop, which somehow affects the image quality. In the same price segment, there is an interesting full-frame mirrorless camera - Canon RP... It will give you the best photo quality, but it is significantly inferior in video functionality. If you want the highest quality photo and video at the same time, then you should look to the side Canon r.

Fujifilm X-S10 vs Canon 90D - which should you choose?