Samyang 8mm T3.8 AS IF UMC II - the first fish that I got in my hands for review. This is a lens that gives full fisheye effect on crop cameras... It can also be used on a full frame and will give the effect of an almost full-fledged circular fish.

This is how the image looks in the full frame (I have highlighted the crop area with a frame): 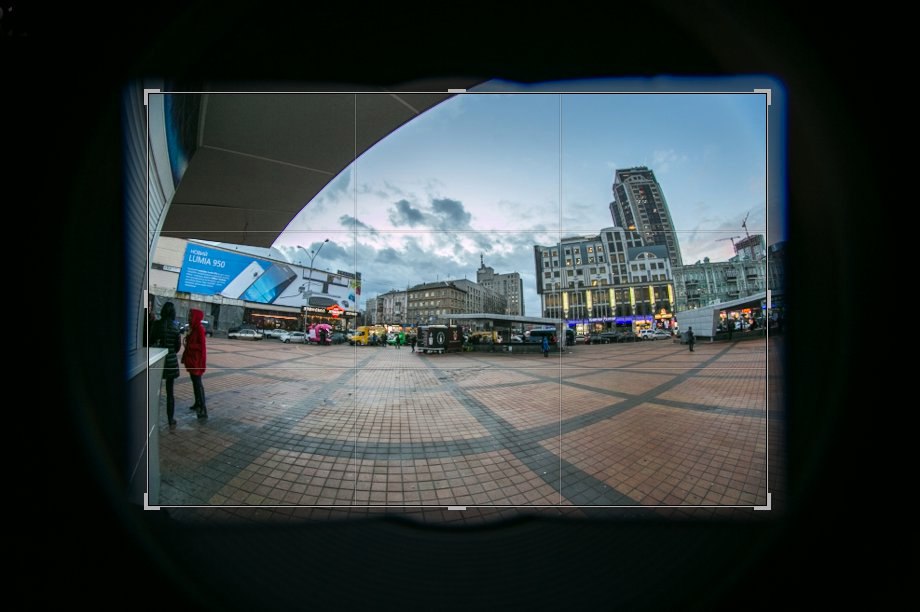 On a crop camera, the image will fill the entire frame without black vignetting: 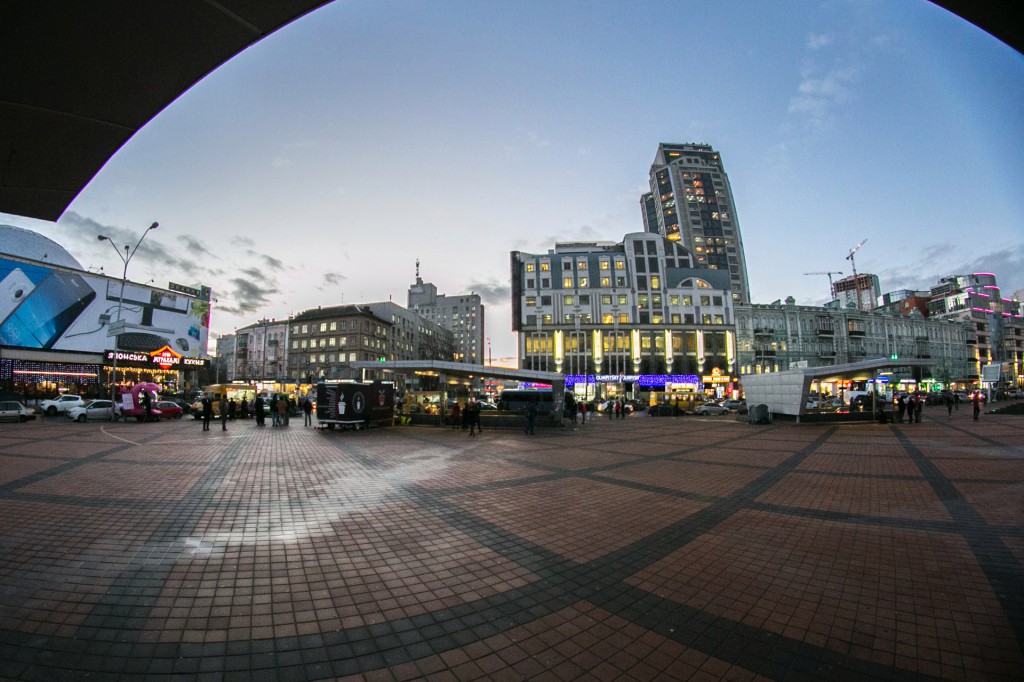 In general, this lens is positioned as a lens for cameras with a crop matrix, but it can be safely used both on a crop and a full frame. On a full frame, you can easily crop the black fields and get the same fishy image in the whole frame as in the crop (as shown above). Or you don't have to cut it if you need such a specific almost diagonal fish-eye.

The field of view of the crop lens is 167 degrees. You need to be careful not to get your feet or hands in the frame. The shooting technique is somewhat similar to working with 14mmbut still different. You have to get used to it.

Sample photos on Samyang 8mm T3.8 AS IF UMC II in full frame:

The lens model I am considering is labeled II... The main advantage of the second version is the removable hood. If you wear this lens for a full frame with a hood, the image will lose its circular shape and need to be cropped. 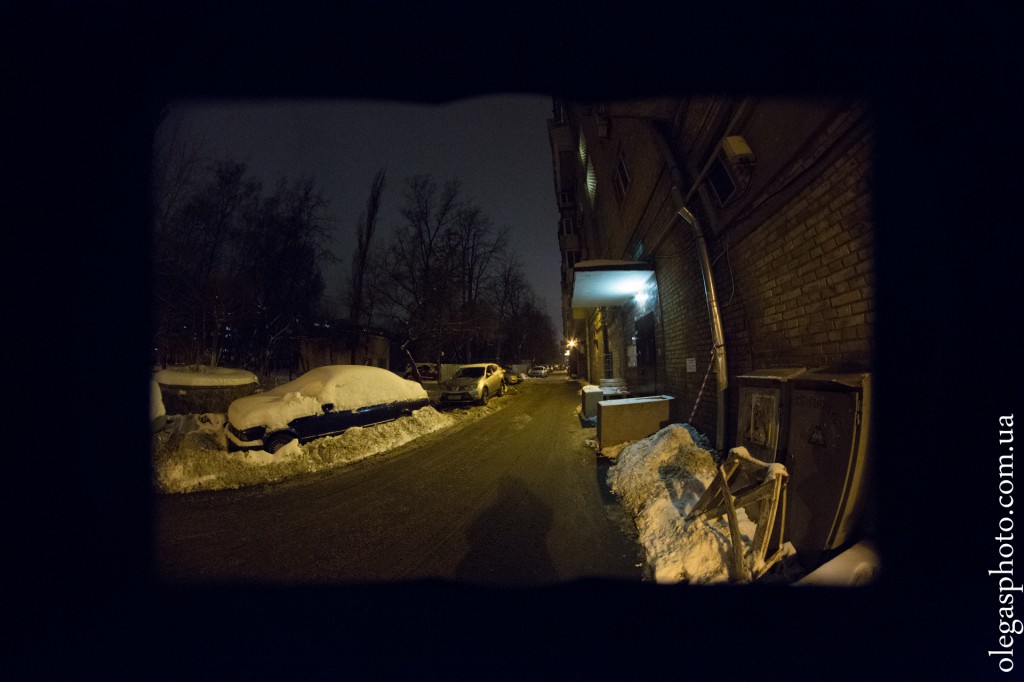 picture in full frame with hood on 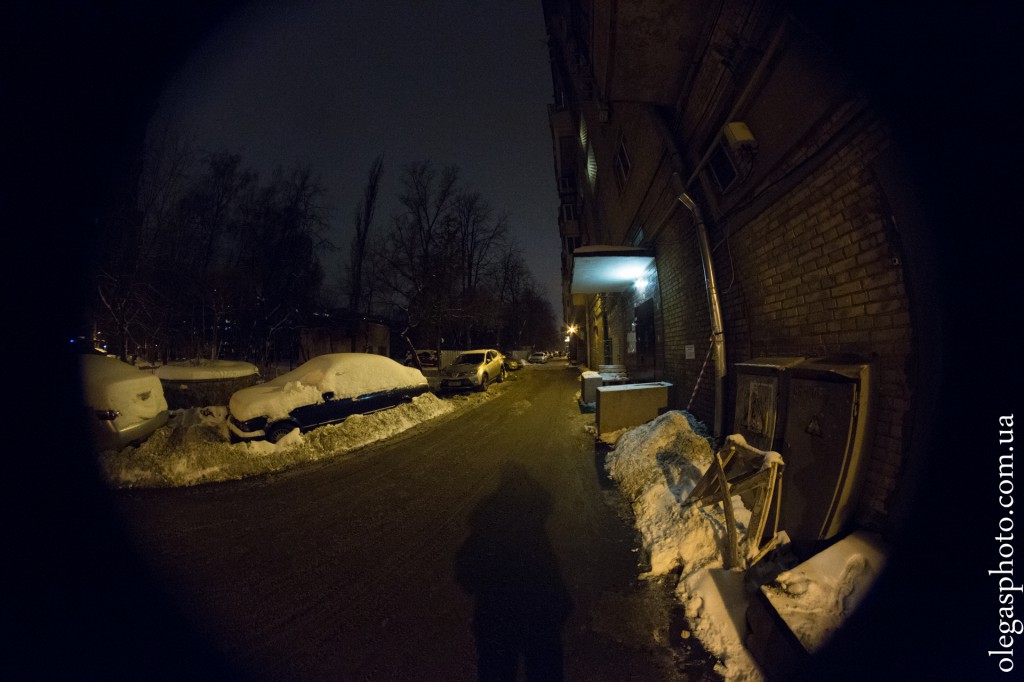 Not everyone is familiar with the "T" designation, so I'll dwell on this a little. Everyone is used to the designation of the maximum aperture in photo lenses in the form of f-stops. This number indicates the maximum open aperture on the lens. T-feet they are also used in video lenses. This is a measure of the light transmittance of the lens. If the aperture value f / tells us about the width of the opening that allows light to pass through, then the t-stop measures directly the amount of light entering the lens sensor. T-stop is always greater than or equal to F-stop. If the lens has a t3.8, then it roughly corresponds to f3.5. Thus, this lens is quite dark for both fix.

Outwardly, this lens is very harmonious. It is made of durable plastic and is small and lightweight. Outwardly slightly less than Samyang 14mm f2.8... I must say that the latter is even more like a fish eye because of the huge protruding lens. This is how two lenses look side by side.

Autofocus and aperture setting are completely manual. This is not an inconvenience given the almost infinite depth of field in fisheye lenses. The focusing ring can simply be left alone. I am considering a video version of the lens. The aperture setting here occurs by smoothly rotating the ring without clicks, fixing specific aperture values. 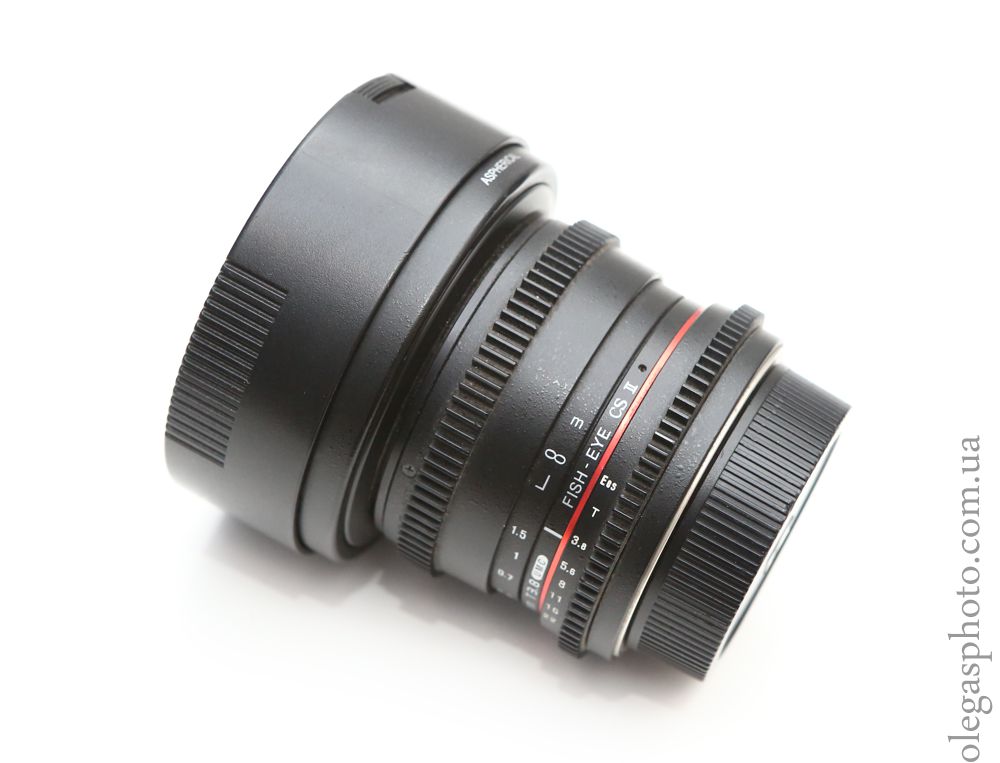 In terms of image sharpness, it is far from perfect. At the maximum aperture, it is not sharp. Despite the fact that f4 already lets in some light. To get a sharp image, you need to cover the aperture. Good results can be obtained at t5.6-t8.

The lens is so specific that it can be forgiven for this flaw. The main thing in him is that crazy angle of view that he gives. Some loss of sharpness is acceptable, given that this is not a lens for every day.

Keep in mind that this is one of the cheapest fish available. If you want perfect quality, you need to look at Canon EF 8-15mm f / 4.0L Fisheye USMwhich costs over $ 1000.

In the budget price category, there are lenses such as Peleng 8mm and Zenitar 16mm. I've heard about Zenitar that sharpness suffers completely there. Moreover, Zenitar will not give a full-fledged fisheye effect on crop cameras. The bearing in the full frame gives a full-fledged diagonal fisheye, and on the crop in the corners it leaves a slight black vignetting.

I would say that this is a lens of last resort. The photographer's first need is a standard lens like 24-70mm or 35mm... The second is a portraitist 85mm or 135mm... Then a wide angle like 14mm (or 10-18mm for a crop), and only then at the very end you can buy a fish. His destiny is a few crazy shots that diversify the overall portfolio. He can lie in a bag for 2-3 shots for the whole day. But these shots will be unique and thrilling if used wisely.

An example of a photo from a corporate party to a fisheye (cropped from a full frame): 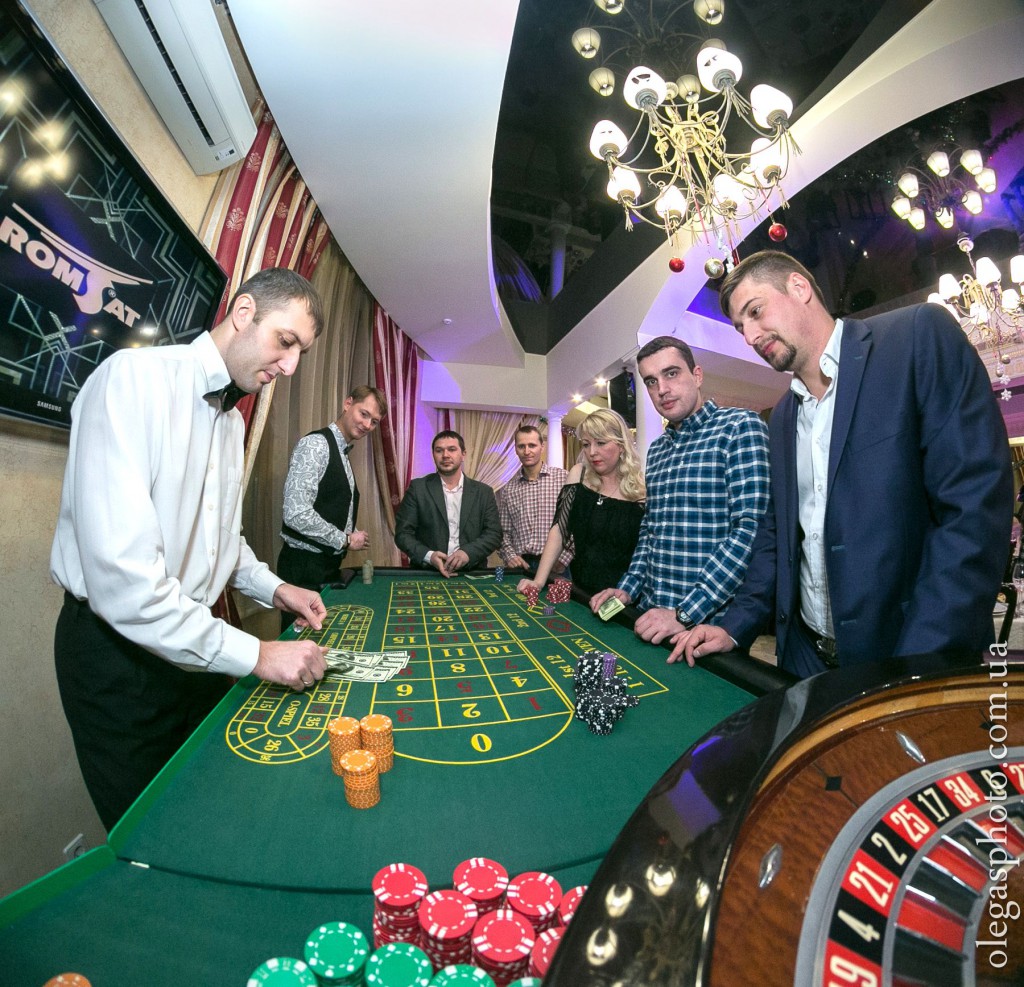 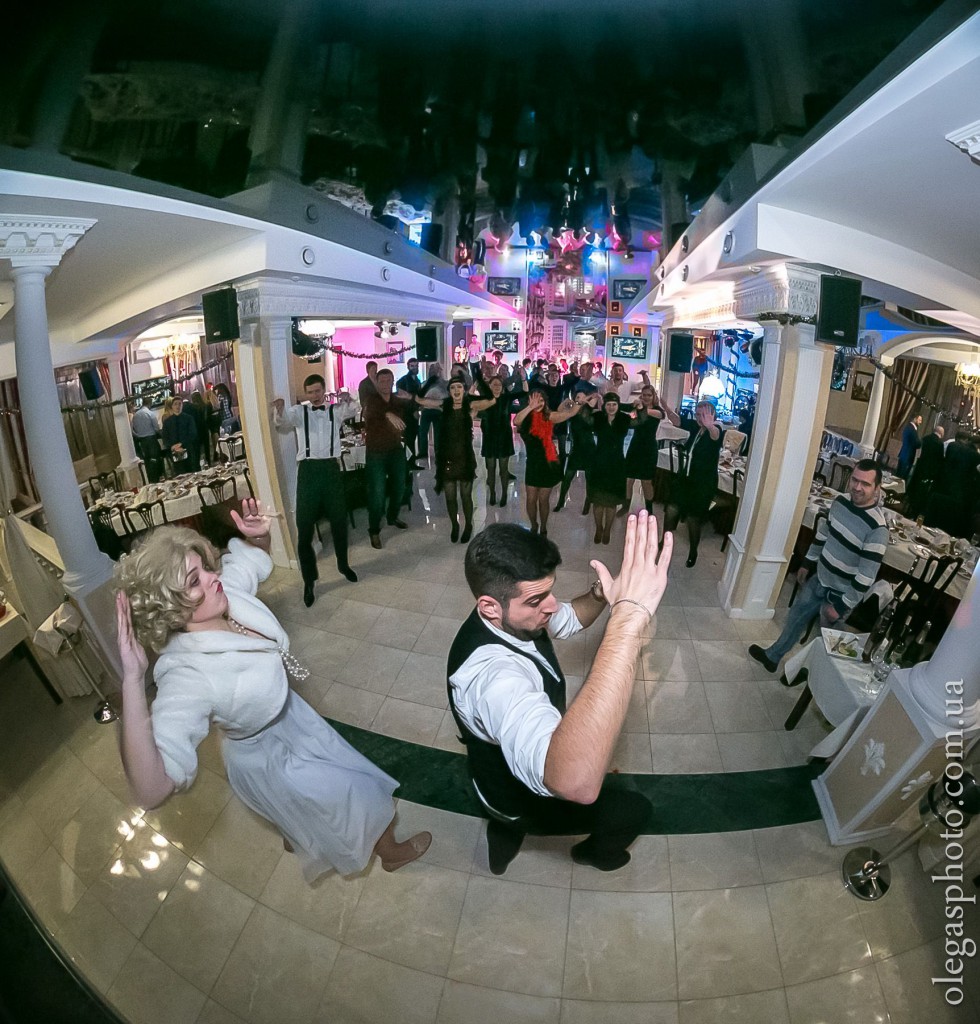 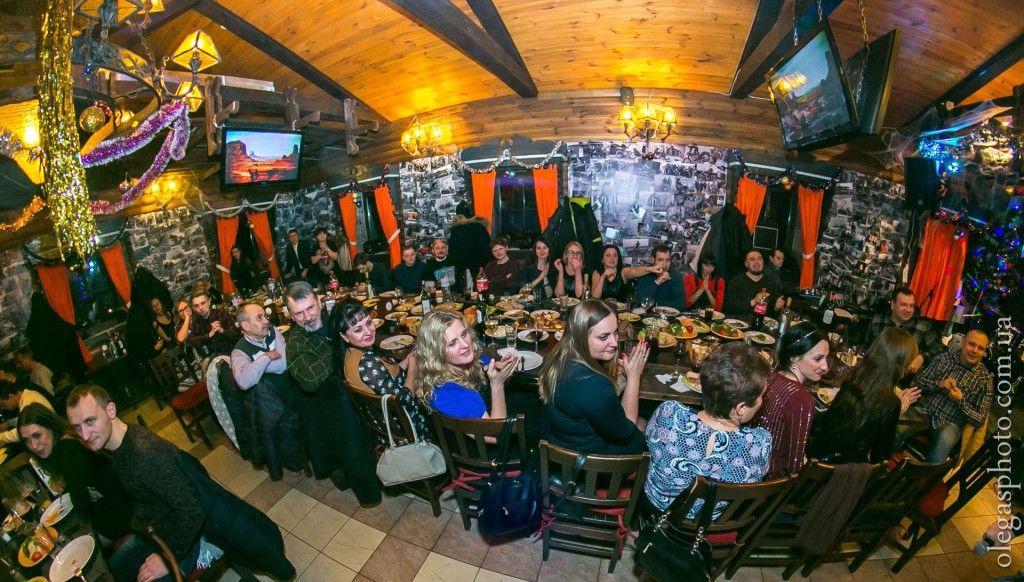 It is impossible to advise to buy or not to buy a fish. This is such a specific tool that everyone must determine for themselves whether they need such happiness. As I already wrote, this lens is far from essential.

Lens Samyang 8mm T3.8 AS IF UMC II has disadvantages in the form of weak aperture and lack of sharpness at open aperture.

I replaced this lens with Samyang 8mm f2.8 fish-eye X-mount + Samyang 12mm f2, that is, width by fuji system... For a comparison of the two lenses, see this video:

Consulting on the choice of equipment