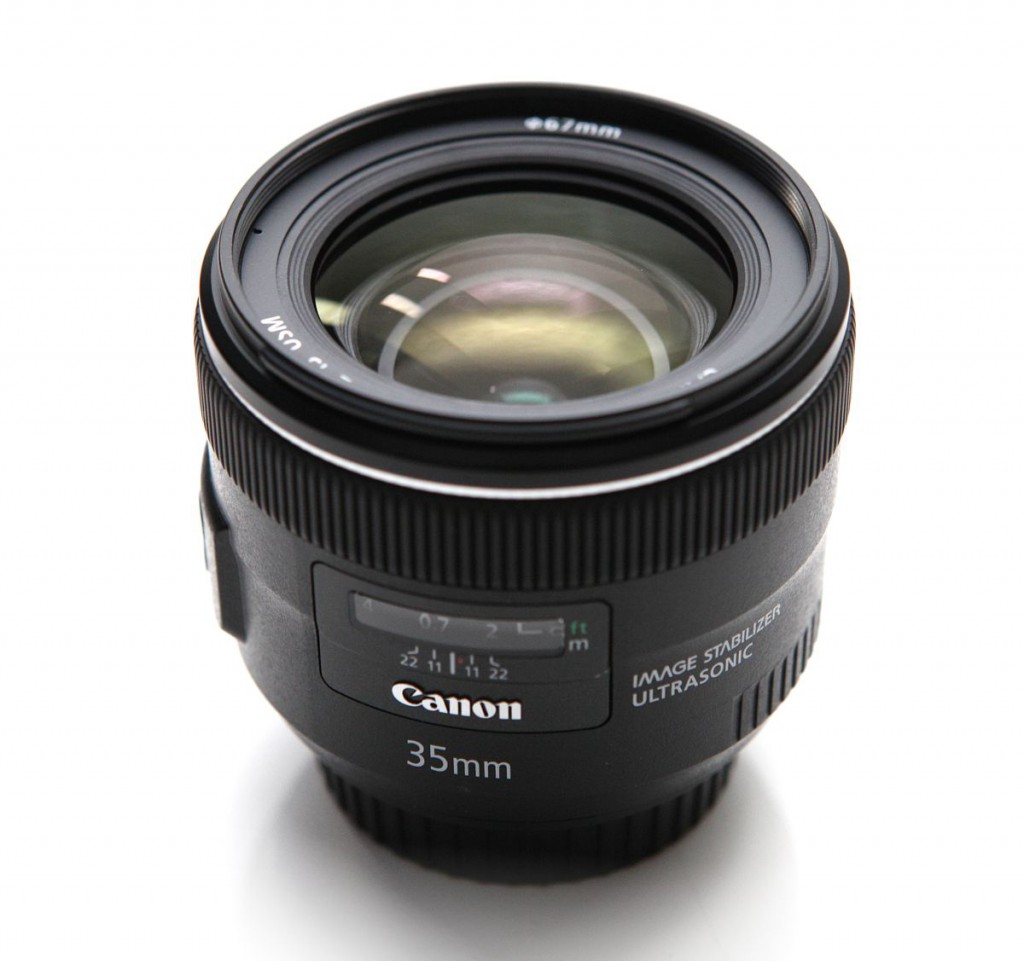 The Canon EF 35mm f2 IS USM lens - oddly enough, is not very popular and there are relatively few reviews about it. I think Sigma played a significant role in this with extensive advertising and PR support for its Sigma 35 1.4 ART model. I have used Sigma more than half, but recently I decided to buy my own Canon optics. And he was so happy that he sold the much-advertised Sigma in 2 days (the demand for it is very high - long live advertising). In this article I will describe the pros and cons of both models, as well as why I chose Canon.

Initially, I planned to review exclusively the Canon 35 f2 IS USM, but due to the popularity of the Sigma 35mm 1: 1.4 DG A HSM, it cannot be ignored here. 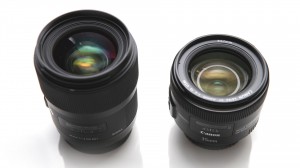 And now I'll come from afar. What is the 35mm fix for? This is a lens for all occasions. It is needed for: wedding photography (registry office, restaurant, group photos), shooting birthdays, christenings, children's celebrations, reporting in nightclubs, etc. Also 35mm is quite suitable for travel, landscape photography, architecture, etc.

2) where to consider bokeh in such scenes?

Aperture 1.4 35 mm is rarely used. For me, this is primarily a reportage lens for working with groups of people. And they cannot be filmed with an open aperture, otherwise, for example, the groom will be in focus, and the bride will float or vice versa. When there are a lot of people, it's possible to work at f2.8-f4. In situations where there is not enough light, you need to: a) increase the ISO b) use a flash. For these two lenses, f1.4 versus f2 still won't help if it's really dark in the room.

Boke... Yes, Sigma has it great. Even at the same diaphragms with Kenon. Sigma's out-of-focus circles are perfectly even at all aperture values ​​- which I really liked. Kenon is inferior in terms of bokeh. Here's a video for comparison:

But there is practically no place to admire this bokeh, tk. this is not a portrait lens. Of course, you can shoot one person at a fully open aperture at close range, the background will be gorgeous blurred, but the proportions of the face will not be the same. The only scene where bokeh is relevant for 35mm in my professional practice is close-up of wedding rings.

On the Canon 35mm f2 IS, the blur is excellent too.

If you look at the same image (as in the video), and really look closely - yes, Sigma blurs the background better. And softer and stronger, etc. But, if you take photos from practice, then the differences are not striking.

Bokeh at Kenon with a macro ring.

What else differentiates these 2 lenses? In essence, f1.4 Is Sigma's only real advantage. Now I'll talk about her disadvantages, because of which I decided to switch to Kenon.

First: Sigma is bulky and heavy (665 grams). I want to point out that this is not a lens for leisurely creative shooting. 35mm is a reportage lens that can be as long as 3 hours or 10-12 hours. It is much more pleasant to have a lightweight and compact prime than a lens approaching in size and weight to 24-70L (950 grams). When I shoot at 24-70, I understand that its weight and dimensions are justified by its enormous functionality. This is a very wide angle 24mm and standard 35mm and 50mm and portrait 70mm - this lens combines almost 4 fixes. When the Sigma 35mm camera has a feeling of a gun in your hands - it is big, solid, heavy. Only it has the same functionality as the small and light (340g) Canon EF 35mm f / 2 IS. I personally love fixes not only for the picture, but also for the ease of use. In this regard, I give Sigma a two.

The second: Sigma produces very noticeable vignetting (1.4 to 2.8) that needs to be corrected in Lightroom. I really like these comments on forums like "it can be fixed in 2 minutes with two mouse clicks." If I manage to shoot, for example, 500 frames shot with different lenses and with different settings, then I will need to open LR, select the frames shot with Sigma and separately deal with their correction. This can of course be done. Only this is not 2 mouse clicks and not 2 minutes. Shooting with my own lens, I can forget about vignetting, because the camera fixes it in auto mode.

Third: autofocus. I cannot forgive Sigma when I filmed the exit of the bride and groom from the registry office (they were sprinkled with millet and trifles) and I did not get one frame out of about 10 where they were in focus. Autofocus on the central point, their faces are clearly in the center of the frame ... Lenses from Kenon did not substitute me like that. As a result, many hours of shamanism with a tambourine in LR, to somehow stretch their faces. In general, the Sigma has good, quiet and fast autofocus, but any Kenon USM has it better. This is very important for reporting.
More about the autofocus features of the Sigma 35 f1.4 art is written here.

When comparing the sharpness of the Canon 35 and Sigma 35, there is no leader. Much has been written about Sigma's extraordinary sharpness in the open. Yes it is. Only the Canon 35 f2 Is USM is also an unusually sharp lens. If at f2 it is just sharp across the entire field, at f5.6 the sharpness already rings. If you watch the frames from these two lenses mixed together, it is very difficult to distinguish what is where. Even when approaching 200%. 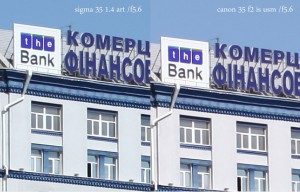 For comparison of sharpness, I advise you to look here... At f2 Canon loses slightly to Sigma in corners, but Sigma loses in corners at f5.6. These differences can be noticed only at high magnification and if you specifically look for them. In real life, both lenses are incredibly sharp.

Another important fact regarding Sigma... Before purchasing the Sigma 35 1.4 art, I shot with a Canon 28mm 1.8 USM. When I started to take test shots in the store, I was unpleasantly surprised that sigma was a darker image in the open (later it turned out that not only in the open). This was partly due to the strong vignetting of course. At the same time, the picture on the lower-aperture Canon 28 1.8 was much brighter in the same shooting conditions. In practice, when shooting with sigma, in order to get a light image to my liking, I usually set + 1EV. This was not the case with Kenon lenses. For example, Canon 85 1.8 generally tends to give a lighter picture than it actually is. Purely according to my feelings - Sigma is dark.

I deliberately did not mention the presence stabilizer from Canonsince I think it is a better buy without it than sigma. For photography, he does not do the weather. But for video it is very useful, tk. allows you to painlessly remove from your hands.

About the little things that I don't think are important

To be honest, it annoys me when the reviews say about blends and handbags - this good is bought for a penny on Ibei. I have never used a purse, all the same the lens is in the photo bag.

Manufacturing of the case and how the lens sits in the hand ... also very subjective factors that do not affect anything. Sigma looks very solid, and as I wrote above, it gives the feeling of a gun in hand. Kenon is much more modest and ugly - which I think is just a useful factor. Of course, to look like a pro, you need a bigger lens. But in order not to attract attention to yourself (with the same quality of photos), it is better to have a more modest lens. In addition, it makes me happy when I see some canons in a bag, because I know that they do not fail.

Whether rubberized focus ring and how many magnesium or plastic alloy case lens ... it doesn't bother me at all. The sigma has a much wider focusing ring and moves a little smoother. But the usual focus ring on the kenon does its job well. The composition of the body material was not established, the mass spectrometer was not available.

Autofocus volume... For those who like to listen to the autofocus volume: if you are in an absolutely silent room, you can hear that the kenon is a little louder (!). Well, if you take pictures in real conditions, no sound is heard either there or there.

Having looked through a lot of forums and various reviews, one gets the feeling that Sigma 35 art is the absolute leader. But somewhere I read such a glorious thought, under which I myself will sign:

In all these tests, they very casually write that it is heavy and large. In real life, this is an important factor for a reportage fix.

I admire Sigma's marketing because it gave photographers the product they want - it is cheaper than the Canon 35 1.4, it is sharp by 1.4, it is better than its competitors in all tests. To understand that this is not important, you can only in practice by buying it. I'm not saying this is a bad lens. He's kind. My opinion: kenon and only kenon.

Cost of these lenses: 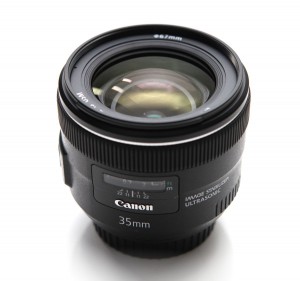 I also recommend an interesting review and Yongnuo EF 35mm f2 vs. Canon EF 35mm f2 USM IS... I'll tell you right away that Yongnuo 35mm f2 Is a lens from another league. It is inferior to both Canon and Sigma. But it costs its money. And it makes sense to read a review with practical tests.