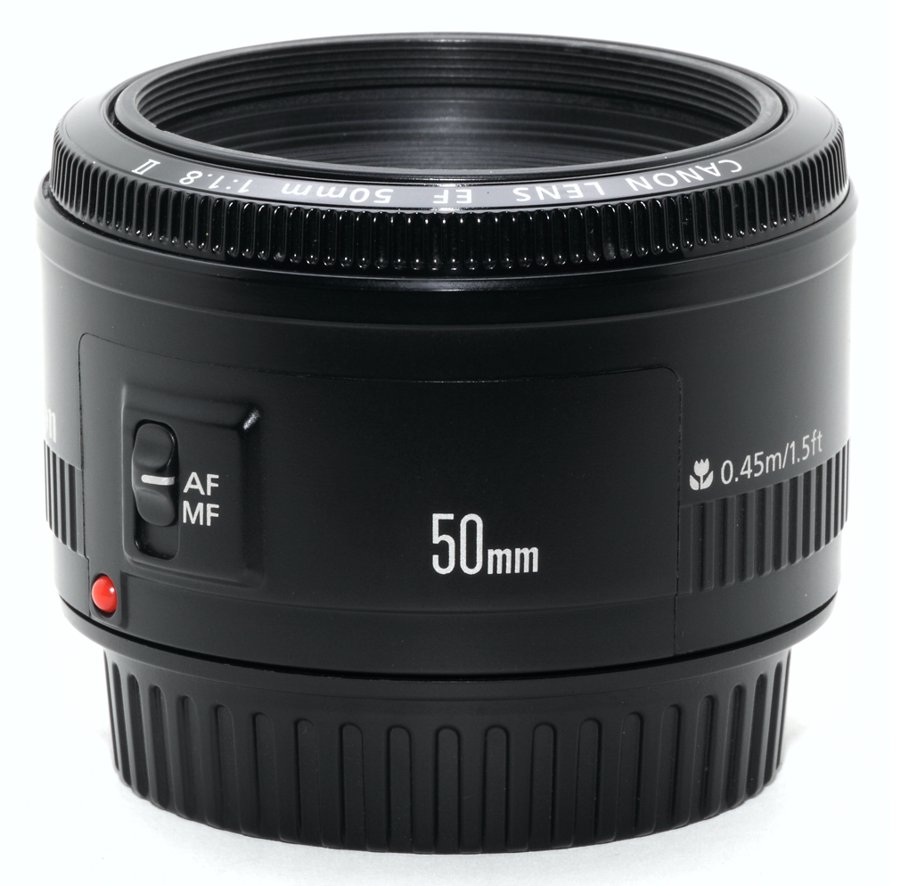 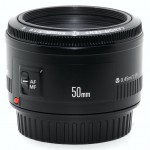 Canon EF 50mm f1.8 Is an extremely popular lens among beginners or amateur photographers. The reason for this popular love lies in two factors:

Indeed, after the whale Canon EF 18-55mm f3.5-5.6 this glass will have a wooow effect. Open bokeh is quite pleasant, you can't argue. Truly, Canon's native prime lens for about $ 100 is awesome. Also portraitisthow they like to position it.

I usually don't focus on lens design. This lens is an exception. It is worth starting his review with the construct. He's terrible.

A flimsy plastic construction that is about to fall apart in your hands - such sensations arise when you take it in your hands. By the way, this is not far from the truth. A friend's wife accidentally took a camera from one of my friends, not by the carcass, but by the wearing Canon EF 50mm f1.8 lens - and it broke into pieces.

The bayonet is plastic. Unusual and unpleasant. Even the new Chinese lenses Yongnuo metal bayonet ...

The focusing ring is small and has a very short travel of about 90 degrees. For shooting a video, I would not recommend it in any way. There is no distance scale.

For comparison Canon EF 50mm f1.4 USM feels nicer. Although its construct also raises my complaints. The protruding proboscis when focusing is evil... But the case itself is as strong and of high quality as that of Canon EF 85mm f1.8 USM.

The Canon EF 50mm f1.8 II focuses loudly and slowly. However, in this lens the very fact that it focuses is gratifying. For portraits in good light, its autofocus is sufficient. In poor lighting, and even more so when shooting moving objects, the lens slows down and looks for a focus point for some time.

The Canon EF 50mm f1.4 USM autofocus is not silent and does not impress with speed. But still, the difference between them is well felt. It is very important that the Canon EF 50mm f1.4 USM is inferior in autofocus speed to other Canon lenses, but its tenacity is good. It is quite possible to shoot in the dark on him, he does not prowl, but immediately focuses on focus.

The background blur on the Canon 50mm f1.8 wide open is nice. Indeed, on crop this lens can be used with grief in half as a portrait lens.

But when closing the aperture, the photographer gets ugly nuts in bokeh due to the small number of aperture blades. Therefore, for round bokeh this lens should be used open.

The difference between 1.4 and 1.8 bokeh is clearly noticeable when you compare the lenses side by side. But if you use the lenses separately, you don't have to think about it. The advantage of the Canon 50 f1.4 is that the bokeh at closed apertures like f2 or f2.8, although not perfectly round, is still much more pleasant than that of the Canon 50mm f1.8.

As I wrote at the beginning of this article, as a rule, Canon 50mm f1.8 is purchased after the kit Canon EF 18-55mm f3.5-5.6. The leap in quality will be noticeable. In this regard, of course, the lens is worth the purchase. But if we compare it with the more expensive Canon EF 50mm f1.4 USM, then in terms of sharpness it loses to it at any aperture in any part of the frame. The instance I came across had some strange blur in the upper left corner. Most likely, this is a defect in a specific instance.

You can view and download test frames in full resolution here:

A detailed comparison of sharpness can be seen in the video at the end of the article.

Canon 50mm f1.4 features a distinctive glow at open apertures. Halos appear around contrasting lines. This can be seen with a large zoom. Sharpness at f1.4 is very good.

I agree that Canon's 50mm f1.8 is a good choice for budding photographers. It's cheap, fast, and gives good bokeh. For a test, of course, it's worth buying it in order to understand for yourself what a fix is, a shallow depth of field and a large aperture ratio. Maybe it will take root and there won't even be a need for a more expensive model. The quality that it gives is in any case an order of magnitude higher than that of any budget zoom.

On the other hand, I personally didn't like it right away. This is not a professional lens. How long its body will last with active use is a big question. Autofocus for reportage is problematic, for video filming terrible focus ring. And, again, the quality of fifty dollars Canon EF 50mm f1.4 USM higher in all respects.

If you do not mind overpaying three times, it is better to take the f1.4 version. But if you take pictures for yourself and from time to time, then maybe this does not make sense, since it is quite possible to take good photos with the Canon EF 50mm f1.8.