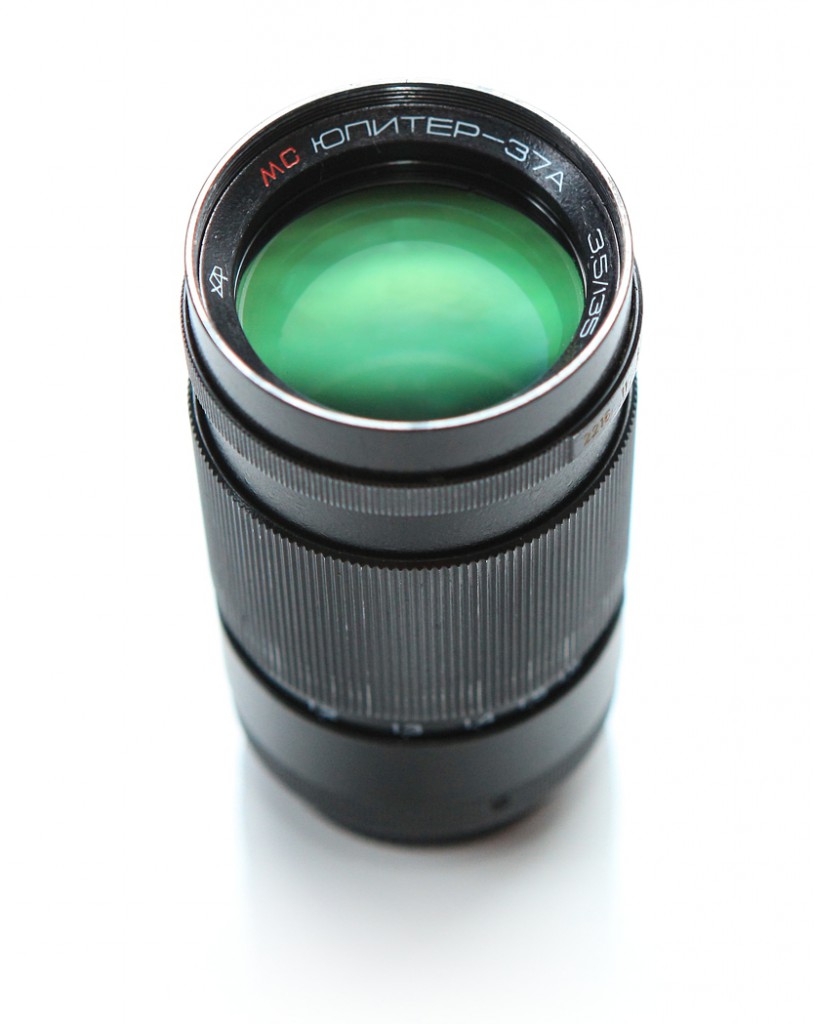 Many Soviet lenses boast good image and build quality, as they are copies of German optics. Jupiter 37A is a copy of Carl Zeiss Jena DDR Sonnar 135 mm f / 3.5 MCthat says a lot.

This is my third Soviet lens. In the case of Jupiter 37a, I have absolutely no regrets about the purchase. Even more, based on my experience of shooting with Soviet fixes, I would like to make a heading "for sure pay more."

First impressions. As soon as you take it in your hands, the question arises: why so thin? It is very compact for a telephoto. The weight is slightly more than 300 grams, the diameter of the thread for the filter is 52mm, and the thickness of the lens is less than the diameter of the camera mount. On the 5D mark II it looks odd (one might say undignified). But what's the difference? It is very lightweight and easy to carry. And the image quality is beyond praise.

What about image quality?

First, it is very sharp. When open, there is a slight loss of sharpness around the edges. Closing the aperture down to f6, I got a razor sharp image. Full size examples: 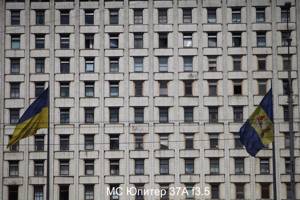 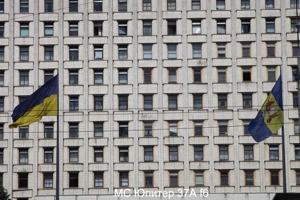 On open, there is slight vignetting.

Secondly, it gives very nice bokeh. Before buying, I was a little embarrassed by its small aperture, but then I made sure that it did not interfere with getting a beautiful blurred background. 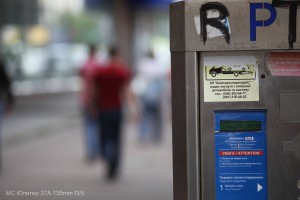 Thirdly, it is very contrasting and is not afraid of backlighting. Backlight is the scourge of Soviet lenses. Helios 81N in this regard, I was somewhat disappointed. Therefore, I specifically bought the MC Jupiter 37a version (the version without the MC prefix does not have multi-coating, which allows shooting in backlight). Here are test shots compared to the Canon 85mm 1.8. 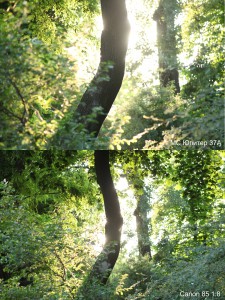 Canon does a little better and gives more contrast, but Jupiter isn't that bad either. 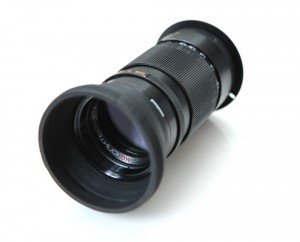 MC Jupiter 37a with adapter, protective filter and hood from ibeya

It manual lens, which limits its scope and makes it not always convenient to use. However, it is convenient to focus on it. The smooth focus ring (albeit unusually small) and the f3.5 aperture allow for good handheld portraits. But still there is a percentage of marriage.

The aperture control ring has no fixed values, which can be useful when shooting movies.

This lens can be mounted on Canon through the popular M42 / Canon adapter, which is also convenient.

As with the Helios 81H, I tested it against a more modern lens.

It is not always easy to tell the difference between the photos on Canon 85 1.8 and MC Jupiter 37a. Jupiter gives a slightly more contrasting picture. Canon is softer in color. Canon handles backlighting a little better. But Jupiter is not far behind either. 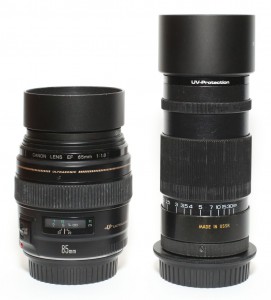 There is also such a nuance: when shooting on Jupiter, the camera often underexposes the frames, on the Canon 85 1.8, on the contrary, it overexposes.

I have not yet reached that level of enlightenment in order to take exclusively manual fixes with me on shooting. But having Canon 85 1.8 and Jupiter 37A in my bag, I thought about it. Lens Jupiter 37A gives excellent quality pictures. For artistic and leisurely portraits, it fits perfectly. It gives a higher defect rate than autofocus lenses - this is the main disadvantage. On the other hand, I can safely recommend it to videographers, because the focusing ring is very smooth and the lens has a manual diaphragm.

I forgot to mention the most important thing - the price. You can buy it very inexpensively. If we consider the parameter price quality, then he deserves the highest praise. By parameters price / quality / convenience due to the lack of autofocus, it has a limited scope. It will be difficult to shoot a reportage. This is a lens for leisurely creative photo sessions. Plus, the small dimensions and weight, unique for such a focal length, are very pleasing.

To protect the lens, I recommend using Hoya protective filters... I don’t carry the lid with me, but I always have a filter and a hood on.