The topic of mirrorless cameras is now relevant, they are in plain sight and by everyone's ear. After all, these are cameras with the same matrices and the same capabilities as DSLRs, but at the same time they are more compact and slightly easier to use. Although the latter does not apply to all brands.

A bit of history

When I accidentally come across old articles about choosing a camera, the word “DSLR” is associated with something expensive and professional. In contrast to it, "compacts" or "soap dishes" are given. Now these cameras are called system cameras. Although there are no soap dishes for a long time. The word "soap dish" comes from the association with a soap holder, old amateur cameras were very similar to them.

But that is a long time ago. From about 2010, cameras began to compete with cameras in smartphones... There is no room for soap dishes on the photo market. But there are still so-called "system cameras". These are compact cameras with a built-in lens. Compared to soap cameras and smartphones, they provide high quality photos and videos, but still cannot compete with equipment equipped with large sensors and interchangeable lenses. 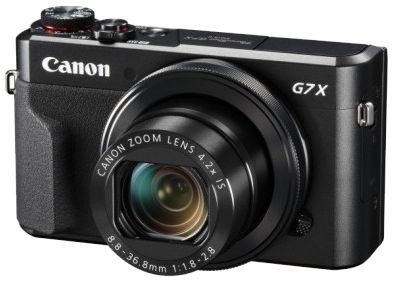 System cameras will satisfy a lot of amateur photographers, moreover, they can be used in some professional areas (for example, subject photography). However, for advanced amateurs and professional photographers, of course, there are few opportunities for such cameras. As I wrote above, only DSLRs were opposed to them before. But, since 2018, with the release of mirrorless cameras such as Nikon Z6 and Canon EOS photographers now have adequate alternatives to DSLRs.

In fairness, I must say that the first mirrorless cameras appeared on the market much earlier. The pioneer was the Panasonic Lumix DMC-G1 back in 2008. The acclaimed Sony A7 (the world's first full-frame mirrorless camera) became available in 2013. In the same year, Fuji delighted amateur photographers with retro-designed mirrorless cameras. Lagged behind new trends only the mastodons of the photography industry - Canon and Nikon. The world saw mirrorless cameras from these leading companies only in 2018. And by this time, brands such as Sony, Panasonic, Fuji and Olympus. I described my experience with 2017 mirrorless cameras in this article.

In my opinion, mirrorless became relevant only with the advent of Nikon Z6|Z7 and Canon EOS R|RP. These are cameras that provide real performance benefits and really meet the needs of most users. They have a minimum of pitfalls and nuances that would spoil the mood of the photographer / videographer. While other brands speculated more on modern technologies than they gave a really working and high-quality product. It is necessary to separate where is marketing, and where is what will really be useful to you in use. I am positive about Fujifilm products, but for very serious camera photographers with full shot will be preferred.

ruler Sony mirrorless and to this day does not meet the real requirements of professional photographers/cameramen. I would compare them with Chinese phones, where they promise you a lot of options and bells and whistles (although not so many today), but in fact they can let you down at any moment and access to the most basic functions can be suddenly limited. I can not recommend such a dubious pleasure to anyone.

After such a long introduction, I want to move on to the main point - why buy a camera that does not have a mirror and pentaprism?

Mirrorless cameras have exactly the same matrices as DSLRs. Respectively, matrix capabilities are absolutely identical... You have nothing to lose. But in your hands lighter and more compact camera... All that remains is to select appropriately light optics so that the balance is maintained. Oftentimes, people are fooled into buying a small mirrorless camera with a large lens, which negates its compact advantages. 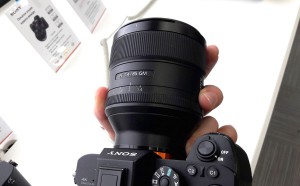 In this regard, the Canon RP with the RF 35mm f1.8 IS Macro is light and small in size. But if you put the RF 24-105 f4L IS on the same Canon RP, you can forget about lightness. Therefore, you should be careful with this. By the way, this is why the Canon RF 2020–24mm F105–4 IS STM was released in 7.1, which will keep the convenience for travelers with a small camera and optics. But sacrificing a little aperture and picture quality.

The main stumbling block is electronic viewfinder... For those who like to shoot fast-moving objects, such cameras will be uncomfortable. They CAN be used to film sports. Moreover, many models can produce very fast bursts of 20 or more frames per second. But it is not very comfortable to follow sharp movements in the frame, and in poor lighting these movements will be blurred into a mess. But this is just one area where it really plays a role. For all other genres of photography (including reportage), mirrorless cameras work well.

I can list the areas where mirrorless cameras are more comfortable than DSLRs. And such directions are the majority. So:

Most of everything that people usually shoot doesn't need an optical viewfinder at all. Except for people purposefully filming sports. Therefore, mirrorless cameras are not the future, but the present.

Recently, I have been observing my colleagues on various shootings and noticed that they use DSLRs to take pictures on the screen. People shoot with Canon 5D mark IV, 6D mark II, Nikon D810 and other rather big cameras, holding them at outstretched hands and poking a finger at the screen. At the same time, I have a question - why do you need a DSLR? People use cameras the way they used to shoot with a phone - touch. The next question - why then carry with you an unnecessary (in their case) mechanism of a mirror and pentaprism? Many people are now switching to a camera from their phone and transferring the same finger-poking habits to it. In this case, a mirrorless camera will definitely be more convenient. I repeat, but there is no loss of quality if you take, say, Z6 instead of D750, Z7 instead of D850, or EOS R instead of 5D mark IV, or RP instead of 6D mark II. They shoot in exactly the same way, but weigh less and are often easier to operate ...

More details in the video below:

3 thoughts on "Why buy a mirrorless?"