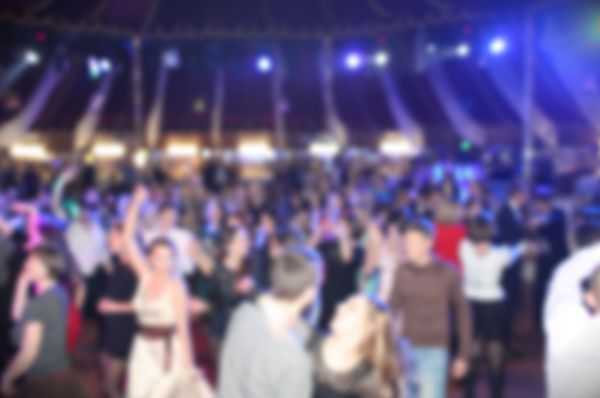 I recently filmed a corporate party for fixes. I'll make a reservation right away that I can't post a photo for demonstration, because the customer is against the publication of photos. But I will gladly share my experience.

I used to shoot such events on Canon 24-70 2.8L... Having 24-70 in your hands, you can be confident in yourself and not be afraid that some moments will be missed. Need a group portrait - please, need an individual half-length portrait - no problem. For example, on the set graduation he really helped me out. The trouble is that such a set of camera + lens +вспышка weigh 2,7kg. It is possible to shoot for 6 hours with such a set, but by the end of shooting it is already difficult. Two parameters for which I love prime lenses are weight and aperture.

The main disadvantage of fixed focal length lenses is their limited functionality. It's easier to shoot with zooms. This is partly true. In this article I want to share my experience of shooting reportage exclusively with prime lenses.

So, in the wake of my hobby for fixes, I went to shoot a corporate party with Canon 28 f1.8, Canon 85 f1.8 и Canon 135 f2L (the latter is borrowed for a while) and a flash. The holiday was held in one of the Kiev concert halls.

At the beginning of the event, it was necessary to film the guests when they entered the premises and the animators met them. No lighting, little space. Aperture f2 and ISO 2500-3200 did not help without a flash. All in all, the Canon 28mm + flash kit paid off very well. The wide angle made it possible to shoot anyone. Over time, the number of people in the room became more and more, so even with a zoom, I would still shoot at a wide angle, because there was nowhere to go. But the compactness and lightness of the lens were very helpful.

Then the guests went inside, sat down at the tables and waited for the show on stage. The room is large, the tables are arranged in a semicircle around the stage. At this time, it was necessary to shoot the companies of people sitting at the tables. And again, apart from 28mm, nothing more was required. I moved from one company to another, renting tables with guests - again, the zoom is also not needed. Then he began to alternate 28mm and 85mm. 85mm was needed for a close-up shot of a buffet table and for portraits of individual guests.

Then the performance began on the stage. That was the moment when the zoom was most needed. The first number was acrobats. On the one hand, you need to shoot the entire scene, and on the other, show in more detail what is going on there. Since the issue is short, the frequent change of lenses led to the fact that I missed many interesting, in my opinion, moments. And in the case of photographing a stage performance, zooming with your feet will not help. The point of view is the same, especially you can't run. The focal length of 85mm was sometimes too long, sometimes too short - people on stage were moving very quickly, it was difficult to keep up with them. Although, on the other hand, the purpose of the shooting is to capture more vacationers than to depict in detail and as fully as possible what is happening on the stage. And vacationers at a corporate party (the first couple of hours) are very static. The next numbers were less dynamic, so I filmed the action on stage and had time to photograph the faces of those present. Moreover, when there were comedy numbers on the stage, it was very good to catch the emotions of the audience. For this purpose, I used 135mm.

By the way, I want to point out one important difference between using 85mm and 135mm: when you shoot at 85mm, you will always be noticed and most likely will start posing. If you aim from 135mm, you are no longer targeted by shooting. This focal length allows you to be far enough away from the person to be unnoticed. This is a very important difference. Catching the natural emotions of people at 135mm is just fine. The picture at 85 and 135 is pretty similar... 135mm has a slight edge in sharpness. Looking through the photos later on my computer, I did not immediately notice where 135, where 85. But 85mm is much more convenient to shoot.

By that time, people had become drunk and bolder, so they had already begun to actively draw attention to themselves and ask themselves to take a picture. When you have 85mm in your hands, you can step back 2-3 meters and four people will get into the frame. If you shoot at 135mm and even two people come up to you asking to take a picture of them, that's already a problem. Waiters go here and there, there are a lot of tables, and people don't want to wait until you walk a sufficient distance. They want to be clicked quickly and continue to have fun. In general, 135mm, by and large, could not be taken. The close-ups he gave can be shot at 85mm. In terms of focal length convenience, a 70-200 f2.8 would come in handy. But its weight pushes me away completely. 70-200 f4 too dark. A fix 85mm copes with the task of shooting people close-up. You can move closer or further between the tables and get the frames you want.

So, after the performances on the stage, the disco began. People were already not at all embarrassed (by that time the degree had risen significantly) pulled my shoulder so that I took a picture of them. 28mm here is just happiness: you can take a picture of any group of people (two can come up, or maybe 5) and, at the same time, you can see what is happening behind them. Several times I got out on stage to shoot what was happening in general, and also to catch the happy faces of the 135mm dancers. True, while I was catching them from afar, other people in front of me asked to photograph them. And then I cursed those 135mm, with which you couldn't get away so that everyone would get into the frame in such a situation. I had to hastily change the optics. Despite the large room, as already mentioned, 135mm could not be taken at all. Moreover, lugging around with 3 lenses is already too much. Set 28 + 85 or 35+85 is the perfect link.

Summarizing my story, I will say that it is quite possible to shoot a reportage using fixes. Even without loss. There were scenes that I subsequently cropped on the computer. Although it was possible to do without cropping (this is already a matter of taste and meticulousness). Aperture higher than 2-2.5 in those conditions was not needed. Without a flash, I only shot what was happening on the stage (there was enough lighting there), and without a flash, I would not photograph people in the hall even at 1.2. It's not just the lack of lighting, it's also the question of what color the faces will be in those lighting conditions. The flash gives a uniform white in the foreground, the background is stretched out by the high ISO and aperture of 2-2.5. Already at f4, the background disappeared, leaving only the faces illuminated by the flash. In addition, shooting a group of people requires everyone to be in focus, and shooting at too large apertures dramatically reduces the depth of field.

Don't forget flash. For indoor shooting, this is a mandatory attribute of the photographer. Article about inexpensive Godox flashes.