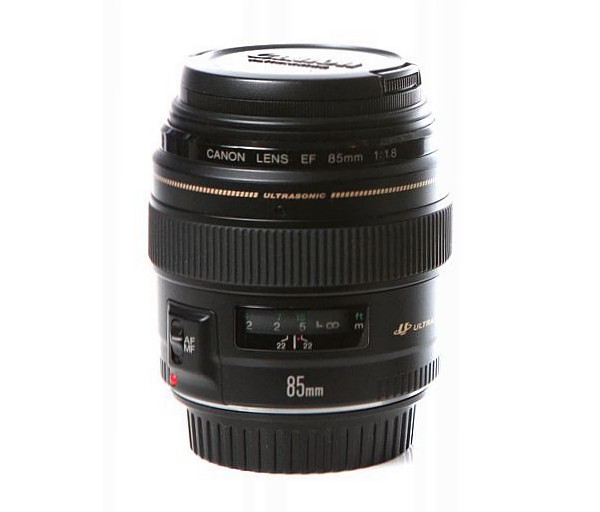 I want to say that I am in awe of that lens. This statement is as emotional as the pictures he gives. Canon 85mm 1.8 for me was the reason for selling Canon 70-200mm 4L. The photos he gives are simply amazing. I will pass from emotions to specifics.

They are extremely unimportant. I might not have written about them, but for the sake of completeness I will mention them.

Inconvenient hood attachment. Lens hood all the time strives to fall away. It can detach itself in the bag. To solve the problem, I bought a non-native screw-in hood.

Chromatic aberration at open aperture. They are everywhere written about as the main drawback of this lens. I will say that they do not always appear - it depends on what you are shooting. If they really bother you, Lightroom corrects this. If the aperture is slightly closed, the aberrations disappear.

Vignetting at open aperture... I don’t think about the disadvantage at all. peripheral illumination correction in the camera removes it automatically. I don't see vignetting, no matter what aperture I shoot. The native lens from Canon is great. In case of Sigma, it really becomes a disadvantage.

The lens was originally purchased for photo shoots, but over time I realized that there are many more uses for it. It's convenient for them to shoot people in general. For example, most this report removed at 85 1.8. The 85mm focal length is very convenient for picking out various details. But at the same time, it is not so long as to make photography inconvenient. That is, you don't have to go too far to get the desired subject or scene into the frame. Focal length 135mm, I must say, much more uncomfortable. Indeed, the longer the focal length of the lens, the smaller the scope of its application. 85mm, I believe, this is the border after which the versatility is already lost. After 85mm you will need to step back too far to catch a whole scene.

What's more convenient is the range of possible shutter speeds. If you shoot at the same 135mm, you need to set faster shutter speeds to get sharp shots. A general rule of thumb is that shutter speed is inversely proportional to focal length. That is, it should be no more than one divided by the focal length. Therefore, it is easier to shoot in the dark with Canon 85 1.8.

A fully working aperture of 1.8 allows you to shoot portraits with the nicest blurred backgrounds and shoot in low-light environments.

When shooting a reportage Canon 85mm works great in conjunction with Canon 28mm or 35mm... I wrote about this in this stuff.

Compared to other lenses.

В this stuff I was comparing Canon EF 24-70mm f2.8L USM and Canon EF 85mm f / 1.8 USM. The comparison itself is not as correct as the previous one, since 24-70 is still primarily a wide-angle lens. But sometimes it can be used for portraits too. In this regard, it is definitely behind the 85 1.8. But in terms of functionality, it is many times ahead. At 24-70, you can shoot everything.

In my opinion, a bunch of 35 1.4 + 85 1.8 is better. With this set, you can shoot anything and with beautiful bokeh. I find the widely touted standard 50mm spacing to be inconvenient. It's not long enough and not short enough. By and large, this is a matter of taste, so I will not develop this topic.

Before buying a Canon, I took a long look at the Sigma model. And here are what its main shortcomings repulsed me:

- price, weight and dimensions. Everything is twice as large

- the impossibility of correcting vignetting in the camera (as in the case of Sigma 35 1.4, but here it can be forgiven)

Is the picture so much better that it is worth putting up with these shortcomings? For me, the answer is no. It's up to you to decide.

My only regret is that I did not buy it earlier. As I wrote, it serves my purposes perfectly. Still, I think this lens is not for everyone. Who likes to shoot dynamic events and catch the faces of the participants in close-up, it is better to buy 70-200. The focal length of 85mm is suitable for working with people close by. There are situations when it is physically impossible to get close to the subject. Then it is better to have in stock something longer focal length, like 70-200mm or 135mm.

For this lens I highly recommend here such a non-native metal hood... It is compact, solid, penny, firmly seated and unkillable. Plastic hoods for the 85mm 1.8 just pissed me off ...