Before buying this lens, as always, I read a lot of reviews and reviews, looked through a bunch of test photos and I want to say that I was right. This is a good lens.

Each lens has its own trick. Especially if we are talking about fixes. In the case of the Samyang 14mm f2.8 IF ED MC Aspherical, this is of course super wide angle... This is what it is bought for. Widest angle at full frame before the fish. It is very interesting and unusual. And you need to get used to it.

When shooting at 14mm, you should always think about 2 things: the horizon and the foreground. The horizon falls incredibly quickly and naturally. The horizon, of course, you can deliberately fill up and play with it - that's another matter. The absence of a foreground makes the photo boring and uninteresting.

Reportage photos in a nightclub:

photo of the interior at 24mm:

photo of the interior at 14mm: 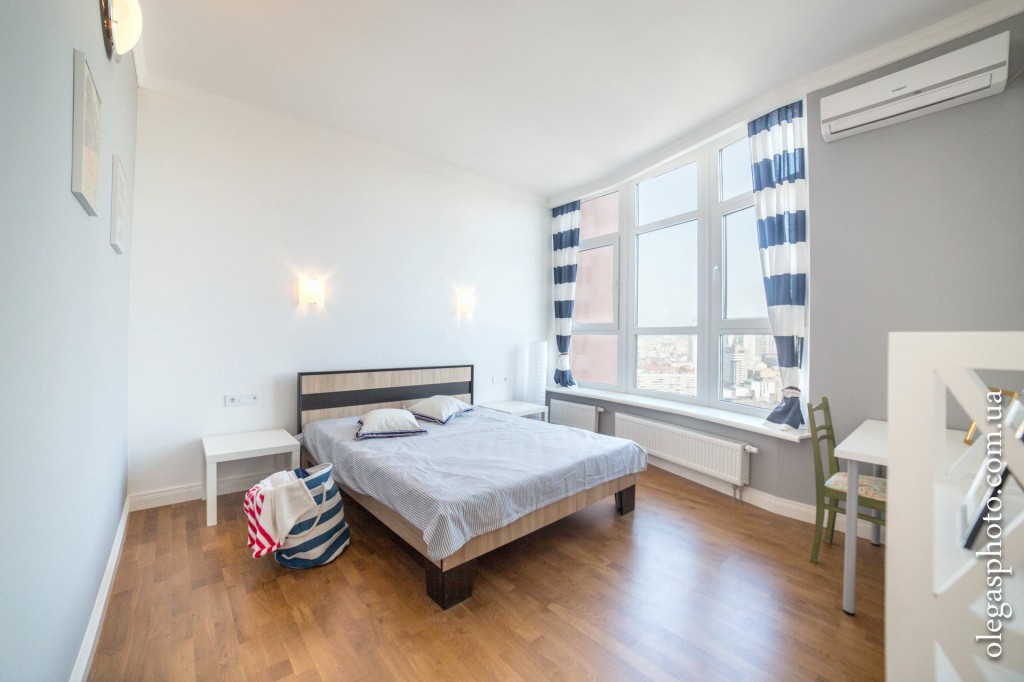 The lens opens up wide prospects for experiments and photography.

Sharpness. On high. This is the next outstanding feature of this lens. It is unusually sharp throughout the field. Photo in full resolution... On a full frame with 21 megapixels, there is nothing to complain about. A slight drop in sharpness along the very edges does not spoil the picture.

Color rendition... Normal. Here I would put a four. She's not bad, quite normal. But normal is not magic. Canon fixes, even inexpensive ones, produce magical, vibrant, contrasting colors. Here they are just normal. It's not bad. But I understand that the expensive Canon 14mm 2.8 is worth its money.

Boke... In relation to this focal length, this is not an entirely appropriate parameter for evaluation. The bokeh in 95% of the photo is simply not visible on this lens :) To see the pronounced zone of blur, you need to shoot from a distance of 30cm at f2.8. For example: 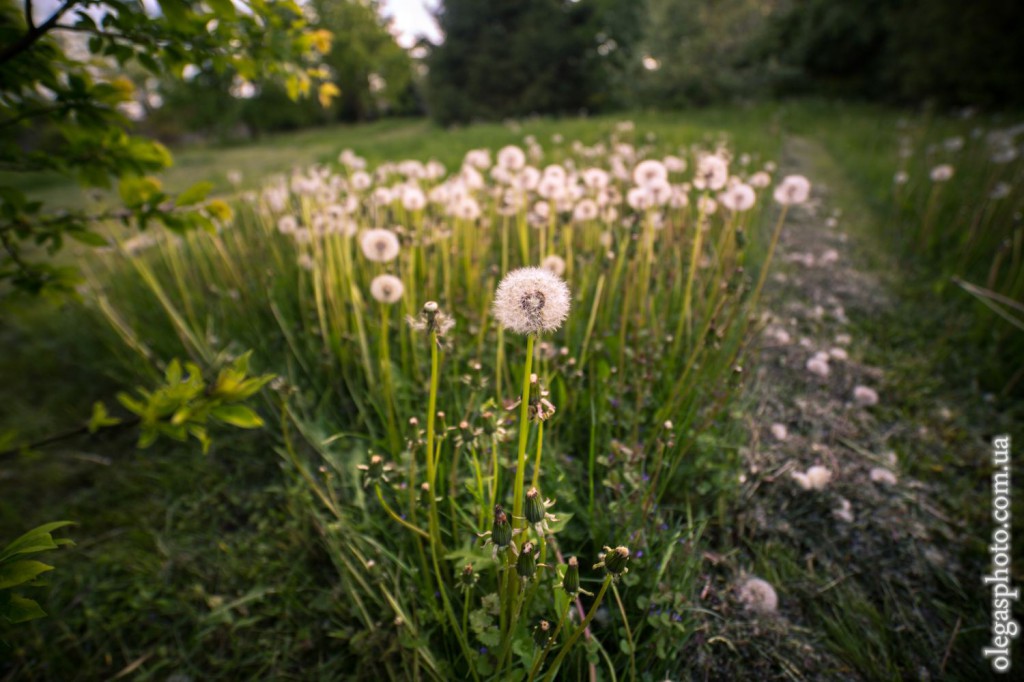 What does manual lens mean?

An ultra-wide angle at an affordable price is why this lens is definitely worth buying. But what about manual focus and exposure?

Focusing. In the case of this lens, this is not a problem at all. In most cases, you simply don't need to focus. We set it to 3 meters on the scale, the aperture is f4 and shoot anything and anywhere - except for very close objects. In this case, you need to scroll the focus to a distance of 1m. You do not need to look through the viewfinder or use liveview. Wide angles give a very large depth of field. It's hard to miss with focus. In short, I have 2 focusing modes with this lens: close / far. You don't have to bother anymore.

Exposure. The lens is completely manual. This means that the aperture on it must be set manually, and the shutter speed must be selected on the camera in M ​​mode. If you have experience shooting with a DSLR, this is not difficult. On video I showed how this happens (from 20 seconds). You can put a chip on the lens (Lushnikov's dandelion) - this will make it possible to shoot in Av mode with one (!) Aperture value. How much this makes sense - I can't say. I think it probably doesn't make sense. In terms of focusing, even more so. 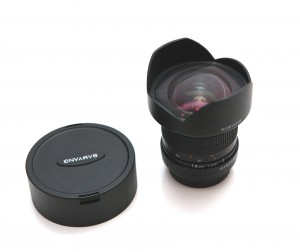 I've never focused on what plastic / metal the lens is made of or how durable it is. It is clear that there are models like the whale 18-55 or the shirpotrebovsky 50 1.8, which crumble in the hands if they are unsuccessfully taken. But any quality lens over 300u. has no such problems - my opinion. This Samyang is no exception. Moreover, it is very strong and durable, because made entirely of metal. For some, this is a plus, but I prefer easy Canon 85mm 1.8, which, due to the plastic case, feels much lighter than 425g versus 552g for Samyang. It seems to be 125 grams, but it is already felt. Although, in general, you can't call it heavy either. Rather, something in between. And you can feel it in your hand and carry it with you. The same Sigma 35 1.4 already feels heavy, not to mention a monster like 24-70 f2.8... So in terms of weight for travel, it is quite suitable, another thing, a specific angle of view.

What is it for?

This is a very interesting and high quality lens. It has an excellent value for money. For what it is worth buying - I cannot give a definite answer. I really like him in interior photography, although you need to be very very careful with geometric distortions. It is interesting in landscape photography, and it can be used for photographing people. The keyword is interesting. But I would not say that this is an everyday lens. It is not universal. He has a very specific angle of view that you need to get used to and which imposes its own limitations. For example, can it be considered a travel lens? I'd say yes, but it shouldn't be the only one in the bag. If you can shoot everything at 28mm, despite the fact that this is a fairly wide angle, then at 14mm, you need to think about each shot. For example, here I shot at 14mm + 85mm. At the same time, I think 85mm was more convenient and functional. All this is subjective, for someone it may turn out to be and vice versa. But this is my opinion.

Should you buy the Samyang 14mm f2.8 IF ED MC Aspherical? If you feel the need for such a wide angle, then yes, you should. A high-quality picture, an adequate price - these parameters are 5+. I believe that such a lens should be bought in the third place. Again, my opinion. First of all - a staff in the form of a width 28mm or 35mm, in the second portrait 85mm or 135mm, in the third - super-width for experiments.

As always, you need to understand why the lens is being bought. A deliberate purchase will always be both expedient and enjoyable.

PS All my feelings described above are based on the fact that I am working with a full frame. If you put 14mm on crop, the width of the corner will be lost and, at the same time, the meaning of 14 millimeters. After all, it will no longer be 14mm, but about 22mm in full-frame equivalent. If you want something wider on the crop, you should think about Canon EF-S 10-18mm f4.5-5.6 STM. Although it is darker, it will give a really wide angle on the crop. After all, such lenses are bought for the angle. And if it's dark - you need it tripod.

Update from 2022. Now I would definitely not take such a lens for myself. It is very sharp, inexpensive and has no chromaticity. It's good. But the distortion is NEVER corrected to the end. This Samyang 14mm f2.8 is still popular due to its cheap price. Keep in mind that there are a ton of lenses out there now that shoot much better. The same company Samyang came out with newer models with 14mm and they are better. But I personally really like LAOWA 14mm f4 for mirrorless cameras. This is heaven and earth compared to the ancient samyang. If you sacrifice 2mm, that is, very good Canon RF 16mm f2.8. In short, I shot for that samyang for many years and I can no longer see these crooked horizons / walls / anything. Plus, it's relatively heavy.