I tested this lens after Sigma 12-24 f4 ART... So I had something to compare with. I was delighted with the ART version. There is perfect edge-to-edge sharpness, it works well in backlighting, a nice body (albeit a bulky and heavy 1150gr). I already thought to buy a 12-24mm ART, but the problem turned out to be that this lens on Canon is simply not on sale here. And you need to shoot. I rented the art version three times and I'm tired of feeding Kiev photo rental... Therefore, after long thinking, I decided to buy a weaker and outdated version of this lens. Maybe for a short time, maybe for a long time. Actual question: 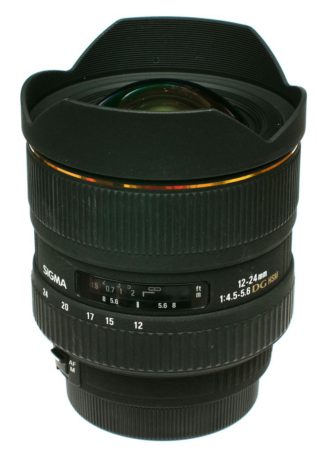 On closer examination of raw files from the Sigma 12-24mm f4.5-5.6 lens, the drop in sharpness at the edges of the frame at focal lengths of 12-14mm is striking. In fact, these lenses are bought for such extreme focal lengths. The drop in sharpness at the edges is not compensated even by closing the aperture down to f10 (the value at which I always I shoot interiors).

Now that I've scared you, you can breathe out. The most palpable weaknesses end there. In the center of the frame, the lens is always sharp. Even very sharp. It does not have that micro contrast and uniformity characteristic of the ART version, but the picture is still perceived normally. At focal lengths of 15mm or more, edge sharpness is slightly improved.

In the comments to review of this lens I was asked: why not just cut these ill-fated corners? Of course, you can cut it off. Only then what will be left of the wide angle? With such success, you can immediately EF 17-40mm f4 take off.

The color of the lens is about 400 kelvin yellow when compared to Canon lenses. Also, in comparison with Kenon lenses, it has a weak micro-contrast. But, if you wind the photo in the editor, it looks good. The source is weaker than the 17-40mm f4L, but after processing it is difficult to distinguish.

On the pleasant side, the lens has minimal distortion. This is surprising for such an inexpensive and old (by now) lens. "Mustache" at Samyanga 14mm f2.8 I will dream in the nightmares of an interior photographer. They do not heal to the end and the nightmares do not go away.

The Sigma 12-24 mm f4.5-5.6 has minor chromatic aberrations. Easily corrected in the editor, unlike Canon EF 14mm f2.8L IIwhich I have been using for about a year. Sigma 12-24 f4 ART is literally devoid of chromaticity. This lens is practically flawless from a technical point of view. Under a magnifying glass 200% HA you can still find there, but you have to try.

This time my review is the other way around, first - the most important thing, and now - in general.

This is a medium in weight (600g) and dimensions full-frame lens with an ultra-wide angle of view in 122 degrees. For a long time, this was the widest angle available to owners of Canon full-frame cameras. The first version of the lens (which is discussed in the review) was released in 2003. The lens belongs to the premium line of Sigma EX lenses. At the time of release, it cost $ 1000. Now used at flea markets 200-250 dollars, depending on the state. The body is matte, rough, gray-black. Aesthetes will notice that it differs from the camera body in color. The ART version is smooth to the touch and looks more uniform (another plus). Autofocus is medium-noisy and medium-fast, which does not matter at all for a lens with such focal lengths. 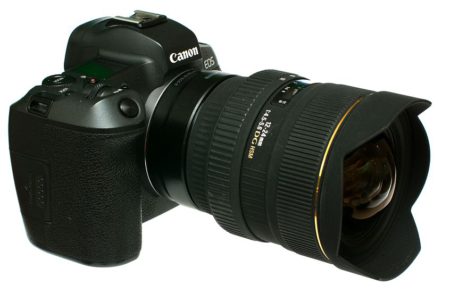 In 2011, the second version of the review hero was released - Sigma AF 12-24mm F4.5-5.6 II DG HSM. It weighs 70 grams more than the first version, but it looks - in my opinion - not so pretty. I have not yet reviewed the 12-24mm F4.5-5.6 II, but judging by other reviews, there is no significant difference from the first version. The corners are still blurry and there is a bit of chromaticism (for some, a little, but for some, horror-horror is all relative). A quantum leap for the die-hard photographer who loves looking at edges at 100%, only the 12-24mm f4 ART. 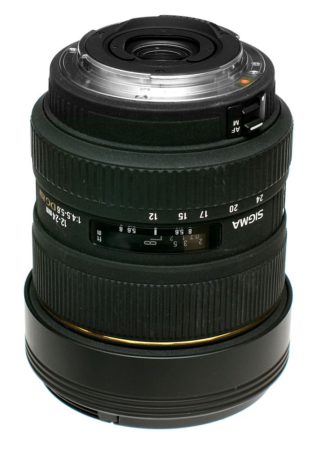 You are losing edges. 12-14mm edges will NEVER be sharp. You have to live with it. If you accept this harsh truth, let it pass through your photojacking ego and just take pictures with this lens, then you will understand that no one cares about those edges. Here is an example of a photo shootwhich I ran on a Sigma 12-24mm f4.5-5.6 EX. Do you think the client noticed those unfortunate edges? A rhetorical question. The main thing in this story that I noticed is the saved 1000 dollars.

Choosing between the old 12-24mm f4.5-5.6 EX and the new 12-24mm f4 ART is a matter of personal preference. This, in my opinion, is purely an amateur waste of money. There is nothing wrong. Amateur from the word "love". You will be very pleased with the even and perfect sharpness the ART version provides. The photographer often buys top lenses purely for his own sake. So, if you want to pamper yourself, then 12-24 ART is the case.

But if you need a tool for the job and you are counting money, then 12-24mm f4.5-5.6 can do just fine. A bit of background. I experienced a lot of distortion discomfort on a 14mm f2.8 samyang when shooting corridors in cramped apartments. The foreground was erased forever and irrevocably. I sold this lens, although it has perfect sharpness and is completely chromatic free. Then I bought a Canon 14mm f2.8L II and was incredibly amazed at the color reproduction, lack of distortion, red ring and disgusting chromaticity, which was not always removed completely. Then I tested Sigma 14-24mm f4 ART in medium format and realized that I don't want medium format, but I want an ultra wide-angle zoom on a full frame. Now with me Sigma 12-24 mm f4.5-5.6 EX ... let's see what happens next.

By the way, in addition to this 12-24 sigma, I also have Canon TS-E24mm f3.5L, which allows you to get a medium format picture on a full-frame camera. I might still look away tilt-shift The Canon TS-E 17mm f4L is another diamond in the bag of an interior and architectural photographer who is passionate about their work.