Photoreport - notify me about the trip for additional photography. The visual presentation is the most awkward language, sensibility to all people. As soon as you talk about the weary one, then you will be aware of it: in some the voice is twisted to oneself - such a hearsay wants to be heard, in others there is such a voice that a dream comes instantly. So it is with photography. It is possible to robit the tsikavi, to screw up the signs to yourself, but it is possible to know it soon and every day, so it will be boring to wonder.

Editing of frames in documentary films and photo reportage are even similar. The head is the same, once you know the story is irreversible and not repeated. In the course of video editing or layout, collage with photographs should only be logged in just the team that appeared at the video camera.

Such a set of signs of crop knitting can only be formed from even more good and vidminny photographs. About tse varto pam'yatati skin people, scho taking up the photojetting. Foldable, practically unwise within the same articles say, how good are robiti kadri. Bottom is directed to the joy, as there are most of the planned photographs, as well as the stink of the enemy about the visit.

У photo reports See if you need a backyard showing the way from different angles. Yak teglyadachev, so and chitachev photoblog I want more details. If the key moments are lost, they will be invisible, especially:

Anyone looking at it needs to show some pictures. Mova about the reminder of photographs, about the steps of іх informativeness for looking and about the zagalnaya іvnennya details. Follow your team, your kadri bouly is balanced. They are guilty of being present like the middle, great, so far planes. Yak you will know - for a wide-angle or a telephoto - it is not important. Golovne, remember - photographs guilty of vikhoditi are well-planned. 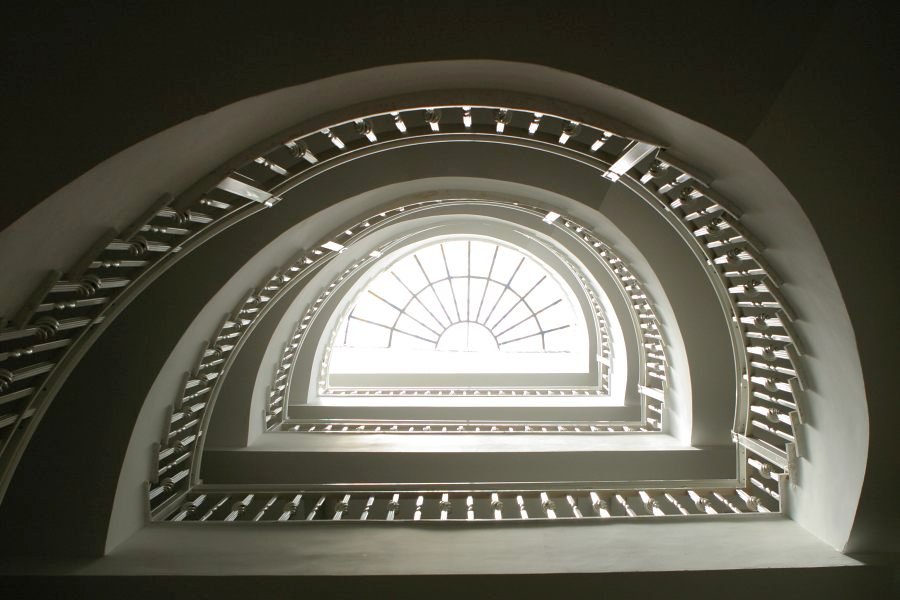 Architecture - the list of wins, which are placed historically on the road of their development. Make that awake, for a long time they have become an incomprehensible background for everyday life for the bagatykh - they will find available subjects for photographing. Architectural styles with special features, which characterize past epochs, life and past, provide a boundless field for creative activity for the photographer. The very architecture attracted the first photos of the maystras in its photogenicity, unruffiness and plastic volumes. Not an hour passed from the wine-boat daguerreotype, even the first photographs were already taken to the small town to see the architecture of the memorial.

The genre of architectural photography is constantly evolving. І vin, yak і інші genre of photography, depend on your folding. For example, with such a principle, the vertical and straight lines of the boule are strictly vertical and straight. The photographer is guilty of being overwhelmed by the area of ​​photographic material. The area of ​​the frame is to blame but it is obov'yazkovo but it is vertical and not nichile. Optically, the object of the asset is guilty of moving over the horizon. If you don’t follow the rule, you can bring the perspectives of those who do not want to be judged. I want to finish not just to preserve the parallelism and verticality of the lines in practice. For all, the photographer chooses the most distant point at the time of the day. But not all of them are allowed to see them in sufficient quantity, even though they did not use their objects in the frame. Another problem is that the photographer is faced with the problem of taking care of the architecture - vibrating the required angle. Years, if you wake up to be a great place in the world, it is important to know the foreshortened angle, from which object you can see most beautifully. Ob'єkt zyomki often prikrytymi susdnіmi booths or live track. It’s a result that doesn’t give room for hunting awakening, but I’ll take the photographer in the process of picking up a wide or over-wide object. And so ob'ktivi, it's a pity to create a perspective. The vibe of the point of the schematic and the foreshortening, so as to see the distance from the object, start the entire composition of the frame and its perspective. Through a series of professional photographs, I often try to joke the necessary angle for zyomki awake, climb on pozhezhnyh descents or penetrate into the back room. Yakisny architectonic sign of being deprived of todi, if I add it to the frame. Guilty for the good of sanctification and not to be lost on the other. And for all that, the sign is not guilty of some kind of perspective.

Often in architectural photography vikoristovoyt chorno-bіlu fotozjomku... This kind of thinking allows you to visually see the beauty and details of a particular architectural object. For architectural photography, it is not easy to go through the image in graphic editors for the finalization of necessary effects. The founders of the digital design can be shown in the most beautiful order to show the very awakening or to transform the landscape that I want. And with the help of the imposition of small-scale images on a black-and-white photograph, you can make an awesome artistic result.

The basis for success in Architectural photography - respect for all the documentation and preparation for the whole process of the scheme. It is not easy for a photographer to conceive and become terribly vicious, as long as the architectural object does not appear in the most beautiful way: the sleepy light will fall by the rank, which will not be encircled by cars, etc. In order to achieve the final result, an architectural photographer has to take vitality for many years for the necessary foreshortening, for the architectural details and for the enlightenment. The smut - the result is often more expensive than the one that was stained for an hour. 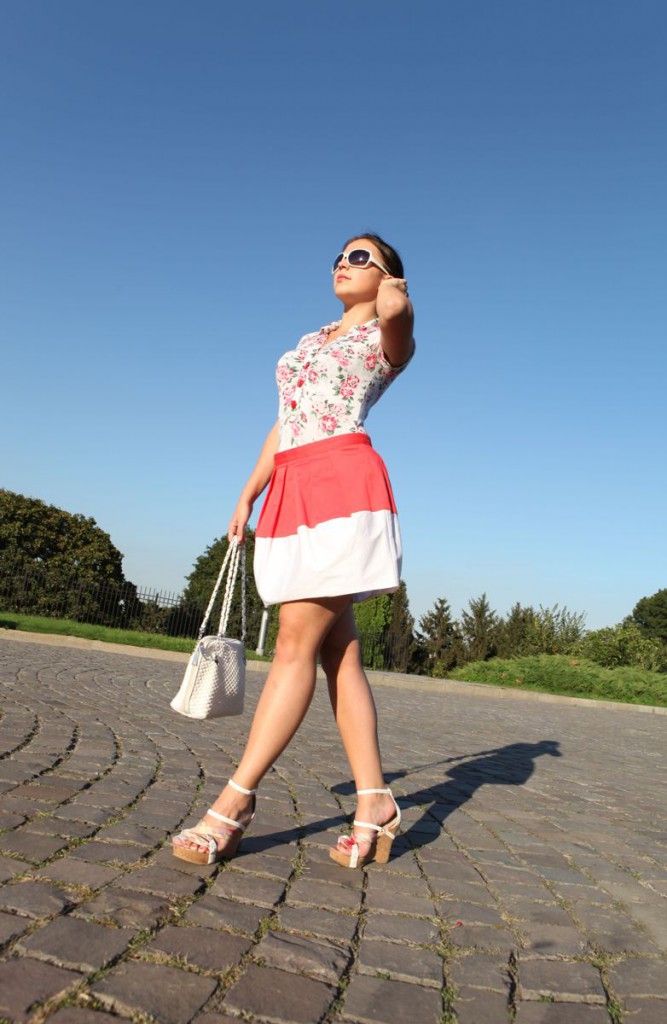 If you want to call me in front of the camera, you don't need to go to school of models of chi kursi. Learn how to successfully practice the trick on the zyomki you nachtyat magazines about fashion!

In ideals, the main thing is to see, assigning high fashion (hi-fashion), for example, monsters like Vogue, Elle, Harper's Bazaar etc. It’s better to show us a fashion-story, call in such zyomkas to maximize the potential of the model.

For the sake of convenience and efficiency, I will start the program on the spot:

All to obey the theory. Vibrate from the magazine photo session From the model and look at it respectfully, understanding the details. It is not enough to just poke the sideways, as you see, you will get hooked. Marvel at the models in the magazine, do not forget about it, but all people are highly paid fakhivtsi in the fashion industry, they know their robot thoroughly. Aleksey you, do not lyak їkh impeccable calliness and level of majesty - all people are real, and do not smell like icons of style. The secret of good luck lies in the hands of the invented robots over themselves.

Then we chose a photo from the model. Vivchayu tsyu photograph, yak through a microscope. You are to blame for everything: as the pose was broken, in which position the model's head passed, the position of the body, arms and legs. To brutalize respect, in which camp the fingers of the model were interrupted, etc.

Practice. For a cob, try to accurately create the pose of the model, yaku see in the given moment vivchaute. There is nothing to be sarcastic about - it’s better for everything, if the model is in the magazine in a similar situation. I can fix everything. Obov'yazkovo practice your posture, standing in front of the mirror.

Then proceed to the partial change of position, fix slightly the position of the head, hands, nig. See the difference between copies and empowerment. Continue to a quiet feast, as long as you do not reach such a variation of the position, how to overturn the original. Importantly, you saw yourself in the same position. Practice until you quietly feast, as long as you don’t become natural for you.

Emotional part. Beastly respect for those, like a model showing emotions in the frame. How serious is it, why is the pose, ale with a smile? Chi pidyde litter 'sarcastic glance, sexy glance, glance nag, etc.? Change your emotsiyi, know the one that "zapratsyu" the most beautiful from your sovereign variation position.

And do not forget, nature is waiting to give a charm and an accepting emotional appearance to any frame!