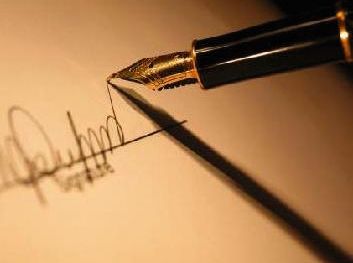 Model release - a document that gives the right to the photographer to vikoristovuvati otrimanі photographs from the photo session with a specific model for his own investigation.

For example: publish them on your website, publish them in other people's views, show photos on displays, or sell them. In accordance with the model release, the model will revoke the right to publish photographs and submit them for the purpose of making them look like models (stem of their model portfolio). Vinatok from victorious signs for modeling - submission of photographs to competitions and victorious photographs for commercial purposes.

As a rule, a whole document is signed before carrying out photo session on TFP / TFCD heads... Do not think that the model release is necessary for photographers only for commercial purposes - for the sale of photographs in photo banks or magazines. Navigate if the photographer does not send commercial goals, but, if you want, for example, organize the display, because you need mother of the release descriptions. For the sake of the model, or for the model release, - a document confirming the right to the prices of the marks and the claims of the model. Formally, without the explicitness of such an agreement, the photographer cannot do anything with the photographs on which the image is of lyudin.

Model release - a contract that can be stored in a pre-arranged form. Ale є obov'yazkovі danі for yogo zapovnennya. Tse:

Bazhanoy є a copy of the first part of the model's passport, so that it can reach the contract. If you talk about zyomki "nude", then such a copy is obov'yazkovoy.

If necessary, it is possible to expand the model release options. In the new, encompassing the standard set of tributes, you can also include a list of frames from the photo session and the possible options for the sides. Such a pleasing can be decorated at the viglyadі supplement.

Also, for the bazhany, you can add detailed data for the photo session (mice of wyrm, date, triviality of wyrm, vicorisation requisit, etc.).

Varto beasts of honor, please, please. If the photographer wants to sell photographs for the cordon, he is guilty of the English version of the model release.

Agree to the right to register only new models. Yakshko models are not accepted 18 years, for a non-model release, write to the father or to the opikuni.

The butt of the model release from the Russian language. 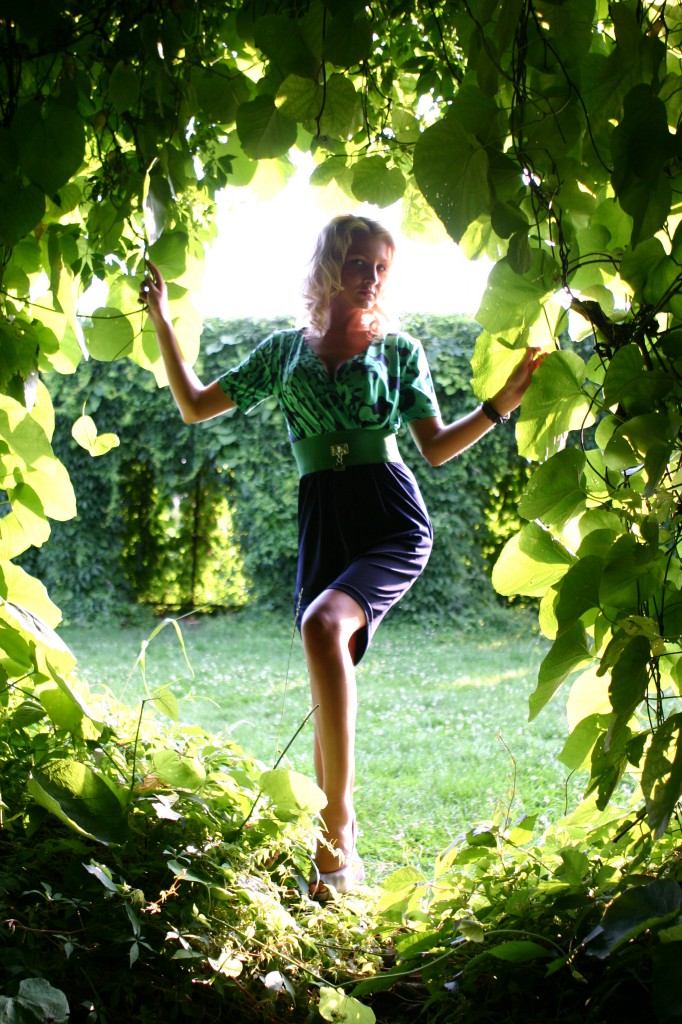 Zyomok season. Photo sessions in places and in nature can be carried out practically in any hour of fate. The leather season has its own charm: it’s a quitty spring, a riot of farbs, romantic gold autumn ... From the photographer’s imagination and model, lay everything down. Zrozumіlo, scho in the overworld baked, as well as strong boards and frost followed by a unique zyomok - zyviy extrim does not give corista In the іnshikh vypadki demand simply went to pick up accessories and clothes, marvel at the hour of fate, temperature and weather. The photo session is guilty of bringing satisfaction and being a source for the model. In such a way, realizations of the image will be as natural as possible.

Varto mean especially the hour for photo session in nature... In the first place, the center of the quarter is on the grass. At the end of the hour, there is a riotous bloom of fruit gardens, magnolia, bird cherry and іnshі chagarniki and trees. The whole period is shvidkoplinny - the growths grow quickly and literally in a few days they go around, so do not miss such a moment, so do not miss the natural beauty. Spring entourage is kind for romantic photo sessions. In the quitty spring nature, it will be miraculous to see the lower make-up, the woman's dress and the hair. All, as far as possible, lie in the background and advice of the photographer. It's a lot of fun for a photographer and a model. The weather doesn’t exist in either the choice of the day or the location. Doreno nobility in any style: from romance to etno. You can totally indulge in the artistic idea. Traditions for summer photo sessions, tse: a golden field of wheat, a flowing meadow, a beach or food kar'ar abo lis. There were no more creative ideas and natchnennya vlіtku - aquaphotos. On the boat you can see a lot of tsikavih plots. The main photo sessions are traditionally taken during the golden autumn. It is important not to miss an hour of leaf fall. At the same time, you can look at the name of the palette of farbs, the natural illumination of the bottom and the m'yake - all the same wonderfully add to the beauty of the model. The photographer in such a photo session is beautiful.

Zyomok hour. In order to reach the best results, the photographer is guilty of urahuvannyam wait a moment to vibrate an hour to finish for a chill. It’s even better to think about how you can take pictures of photographs during the day and in sleepy weather. In vipadku with a portrait photo, the illumination is also not very beautiful. There is a sense of vision and stress, look like a personal model, as well as an overwhelming contrast between light and tone - the most beautiful unique. If the weather on the street is gloomy, or minliva, it is optimal. It will be also illuminating for a portrait photo session. In portrait photography, the definition of this is another important aspect. In the sky, there is a sleepy light in the sky, how to rob those big ones. For a photo session on the street, an early evening will take place at the next hour. Particularly, the hour of the meeting and the call is costly. Truly a miraculous palette of a svitka and a call, yes, a little sleepy light. Also, the illumination of nature in the gold of Farbi and the addition of a stunning view of the school of models. The very same black and white babies є m'yakim and ideal for portrait whales. Schokhvilini his vidtіnki zmіnyu the sky, the sun is sidly sіda (or pіdnіmaєatsya). It is necessary to have a sinister price of chilinka, which I am surrounded by a photographer and a model. Before the photo session, you need to be kind enough to pick up the necessary speeches, work out the cleaning and make-up. And in vipadku with such an accurate vibration of the hour, which requires mісce fotozjomki.

Varto pam'yatati, persh for everything, a photo session on nature is a great pleasure. The price is the mental creativity of the model and the photographer, who will bring joy to everyone. 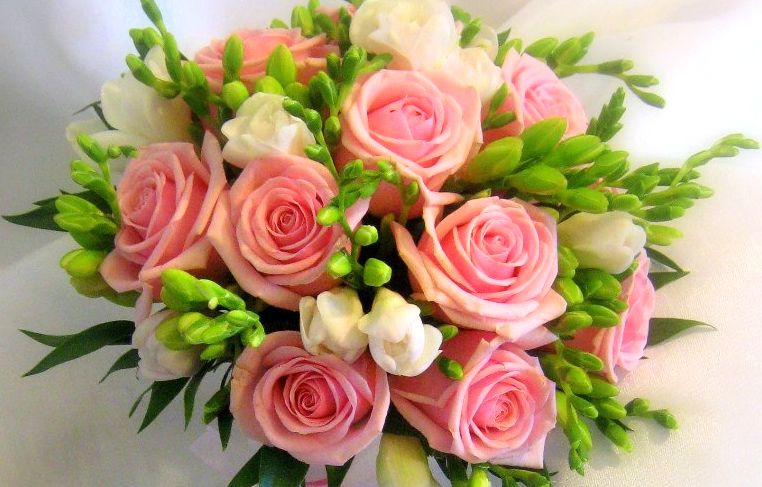 Photos - foldable goods. Competently assessing the nature of things, not bending to the singing principle and canon of the Velma is problematic. The need for the recognition of a photographer, who is in good knowledge, is necessary for the nobility to decorate the nuances of the craft.

A filthy photographer can be counted for such limitations, such as failures in tinovyh mіstyah (filthy detailing the background) and vikorstannya stamps. And the most frightening thing, which can be on the signs, is the unnaturalness of the poses and behavior of people on the signs. Now let's be specific.

Proportions of details in the shadow of a larger view. Good documentary knowledge, breakdowns during the ceremony in RAGSi, not guilty of failures mother. Yogo zavdannya - save all the details of the original name and name for the family history. The only type of photography - artistic photography - with enchanting contrast. Often such photos are taken in a black-and-white version. On such signs, they can fail, screwing them up with respect to the glance of the sign.

They called the photographs stamps, they often implanted them in weighty photojournalism... The problem with clichés is that it stinks early enough to come. If the technique is correct to fix all and sundry, such signs will not be lost to all. To the butt, the photo is named dolontsi named. This is a photo vikoristovuyt hiba scho in a humorous context.

In addition, the bagatom melodiously caught the eye of the photographs with the help of young people and relatives in the evening. Tsey priyom come to us from Zakhodu. If in the blue sky there are young white-toothed beautiful boys and girls, there will be a laugh. Ale, if there are old people in this photo, how will the power of the earthly hardness be replenished, and the power of the earth will be replenished, so will be a good idea.

One more stamp - a photo of young people on the newly-built buddies and factory ruins. The lyrics sound without a shrug, and even no less than such photos. It is possible to take a picture of the photographer's eyesight against a contrasting background: moving, beauty on the floor! Ale to all є boundary, not all ideas are realizovuvati so literally.

I want є chimalo cliches, scho motsno went to the pobut wedding photographers, as no one is fooled, and it’s okay. For example: it is called, to be surrounded by birch trees or to kiss young people on a lilac landscape. It is natural and prompted to the moment, so it has the right to be shown. The success of plots of this kind is summed up by the talent of the skin-friendly photographer and the special charm of the head heroes of such photographs.

Pidsumovyuchi all the stories, beastly respect, if the photographer has a lot of photographs in his portfolio, de nouns and is called unnatural, think: most of you need such a memory about the day of your family?