In this rating, I will consider 3 hype, but not very useful zooms for Canon cameras. Many people are drooling over these lenses. I will describe in detail why they do not make practical sense.

Let's start with a general classification.

Lenses with variable focal lengths, that is zooms, can be divided into several categories.

Relatively recently, manufacturers have introduced a new category: super fast zooms. These are lenses with variable focal lengths, but at the same time with apertures greater than f2.8. They will be discussed in this article. 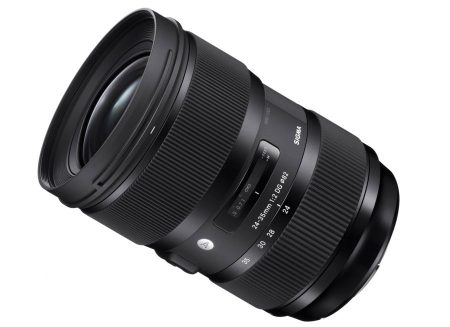 In the first place is a misunderstanding devoid of practical meaning with focal lengths of 24-35mm. It was released by Sigma in 2015.

Innovation is great, but what about practical application?

Advertising articles say that this lens replaces 3 fixes at once - 24mm f2, 28mm f2 and 35mm f2. In this case, you do not need to change lenses, you can just zoom one lens. It was also stated that the Sigma 24-35mm f2 ART is not even optically inferior to fixes (I don't argue with that). So this is a cool universal zoom.

Everything would be fine, but no one in their right mind carries both 24mm and 35mm fixes with them to shoot at the same time. They are too similar. The difference between 24mm and 35mm in the field of view is compensated by a back/forward step of a meter. In the future, of course, there are differences, but they are not so big as to take two of these lenses with you at once.

If you shoot with primes, then you take lenses with you for a specific function: one standard 35mm lens or 50mm, one portrait/telephoto 85mm or 135mm and one width 14mm or 24mm.

For people who do not understand how it all works, their eyes light up from the magical constant aperture f2 at the zoom. But there are several problems.

Sigma 24-35mm f2 DG HSM Art — it is essentially NOT a zoom. It cannot compete with the 24-70mm in terms of focal length coverage. This lens does not provide zoom functionality. The difference between 24mm and 35mm, as I already wrote, is compensated by 1 forward / backward step. 24-35mm doesn't give you versatility when shooting from a single point. And the task of the zoom is just that. But even with fixes 24-35mm f2 cannot compete in functionality. Because the main features of fixes are compactness, lightness and aperture. YES, there is light. But the weight and compactness of the Sigma 24-35mm f2 ART did not work out. This crap weighs 940g, and essentially performs the same function as the fix Canon EF 35mm f2IS weighing 335gr (almost 3 times lighter).

The idea that Sigma 24-35mm f2 DG HSM Art replaces 3 fixes - 24mm f2, 28mm f2 and 35mm f2 are nothing more than a marketing ploy. She replaces them on paper, but not in photographer's bag. If a person takes 3 fixes with him, then they definitely won’t be 24, 28 and 35. Three different lenses are taken precisely for the sake of diversity, and not just for the sake of numbers. Continuing this "brilliant" idea about replacing 3 lenses, one could just as well write about replacing 5 lenses: Sigma 24-35mm f2 ART immediately replaces 24mm, 28mm, 30mm, 33mm and 35mm primes. In nature, there are fixes with such focal lengths, but no one will carry them with them right away, because. it doesn't make any practical sense.

We will talk about the aperture ratio of under-zooms when considering the next lens. 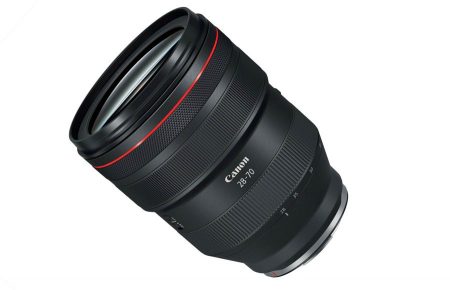 Everything is more serious here than with sigma. Before us is almost 24-70mm with a constant f2.0. I had to sacrifice 4mm, but the focal range is already decent.

Everything would be cool, but again the question arises - why is it needed? For beginners, it doesn't matter. The steeper the settings, the better. It is necessary to take the coolest and newest, the pictures will be better. Only the price stops, and so here it is - the best standard zoom in the world.

The question is in the function. Lenses with a focal length of 24-70mm are designed for field work. Experienced photographers know that f2.8, by and large, is enough for the eyes everywhere on a full frame for reportage shooting. In poor lighting, aperture is not a panacea. Flash no one has canceled, no matter how cool the lenses are.

f2.0 is good, but it's usually used for portraits. At a wide / standard angle, when shooting reportage, lenses, as a rule, cover up to f2.8-f4 for the sake of flu.

With all this, the Canon RF 28-70mm f/2 L USM is a very impractical lens. It weighs almost a kilogram and a half, it is huge and inconvenient to use / transport. In terms of weight and dimensions, it is one and a half times larger than the usual 24-70mm f2.8. But the 24-70mm still has a wider angle of view, which is nice.

The nuance with fast lenses for reportage shooting is that this aperture is not always needed. And if it is not needed, then why pay for it and carry it with you? This is how I summarized review on Sigma 40mm f 1.4. And if your shooting is not reportage, but staged, then why do you need a zoom? There is nowhere to hurry.

First, it is a fashion lens. With it, Canon showed the world the possibilities of the new RF system and wiped out the competition.

Secondly, such a lens is useful for shooting sports indoors. For example, basketball. Under conditions where you can't light the scene but need fast shutter speeds to freeze motion, f2.0 will come in handy. But this is a specific task.

In general, this lens, in terms of practical characteristics, still loses to the classic 24-70mm f2.8.

In 2013, Sigma made a splash with the release of the first f1.8 zoom. But for crop cameras. The 24-35mm f2 was the first zoom for full-frame cameras and didn't come out until two years later. Here we have with a crop lens (which at 35mm covers the full frame, by the way). Weight 810gr.

This lens is somewhat more meaningful, because. the difference in aperture between f2.8 and f1.8 is more valuable for crops. Full frame cameras have more headroom for working ISO. For crops, additional aperture for shooting in the dark is more valuable. However, the 29-56mm full-frame equivalent focal length range does not allow for much roaming.

I did several on this lens reviews on different cameras. It's good optically, it's well built... but it's still a misunderstanding. The same task on the crop can be performed by a 24mm or 35mm fix. Only the fix will be more compact, light and convenient. And if needed zoom then 17-55mm f2.8 has much more functionality.

Sigma 18-35mm f1.8 became popular not only in Canon cameras. She also likes to farm through speed boosters on miserable micro 4/3. A specific occupation, but this is the choice of everyone.

Super-aperture zooms perform rather fashion functions. From a practical point of view, they lose to both fixes and zooms in their niches. Such lenses try to fall into the zoom category, but for a number of reasons they cannot compete with them.

I personally like to use fixes due to their aperture and compactness. And the inability to zoom is compensated by legs and brains.

I can order a consultation on the choice of technology

I was very curious to take a closer look at the super-compact and super-wide Canon RF 16mm f2.8 STM. And now, thanks to the store abc photo I have such an opportunity.

I did tests (photos and videos) and compared this lens with others, namely with Canon EF 16-35mm f2.8L III, Laowa 14mm f4 Zero-D и Pergear 10mm f8 FishEye. All of these lenses have reviews on my YouTube channel.

As for Canon RF 16mm f2.8 STM, then its jamb consists in a huge distortion. If you watch RAW files from this lens, then it looks more like fishyethan wide-angle.

But after the corrections (which the camera makes automatically), you won't even guess about it. The truth is revealed only when raw files are processed in the editor. This is a payment for compactness and relatively low price.

The STM autofocus motor is quiet and fast - no issues with it.

I can recommend this lens to most photographers and videographers, despite the fishery nuance. In practice, he shows himself very well.

I purchased this lens for Canon EOS-R5 and was very pleased. It is very sharp, has a good autofocus system, is made of metal and worth adequate money.

For a long time I have used Canon EF 85mm f1.8 , so chromatics in the open is strongly associated with this focal length for me. The Viltrox 85mm f1.8 makes me wean myself from this inconvenience. Chromatic aberrations are practically absent here. They can appear in some specific conditions, but more often than not you will not think about them.

I also had an inexpensive lens on my review. Meike 85mm f1.8, which generally left a positive impression. Sharp and also practically without chromaticity. But the autofocus system leaves a lot to be desired, plus a flimsy plastic body. If you are on a tight budget, you can get the Meike 85mm f1.8 and you will be happy with the result. But if you're a Canon mirrorless user and want a really good lens, then Viltrox RF 85mm f1.8 - exactly that case. He not only shoots well, but also fits nicely in the hand and balances well on the camera. I did not find any obvious flaws in this model.