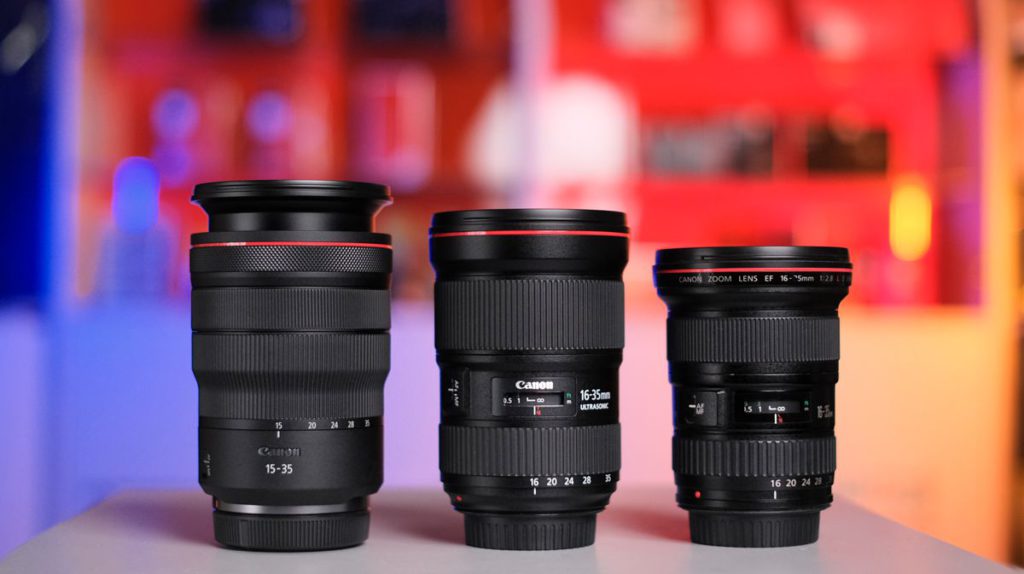 All 16-35mm from Canon (and 17-40mm too) are perfectly assembled, fast and quiet focusing. There are no complaints about the construct. Unless the RF 15-35 has a slightly larger front lens when zooming. The choice of zoom width comes down more to the need for aperture and to your budget.

Curiously, all three lenses have the same filter thread - 82mm.

In general, everything is simple - pay more and get more. Is it worth the overpayment? You decide.

I have detailed tests of these lenses in my YouTube review: 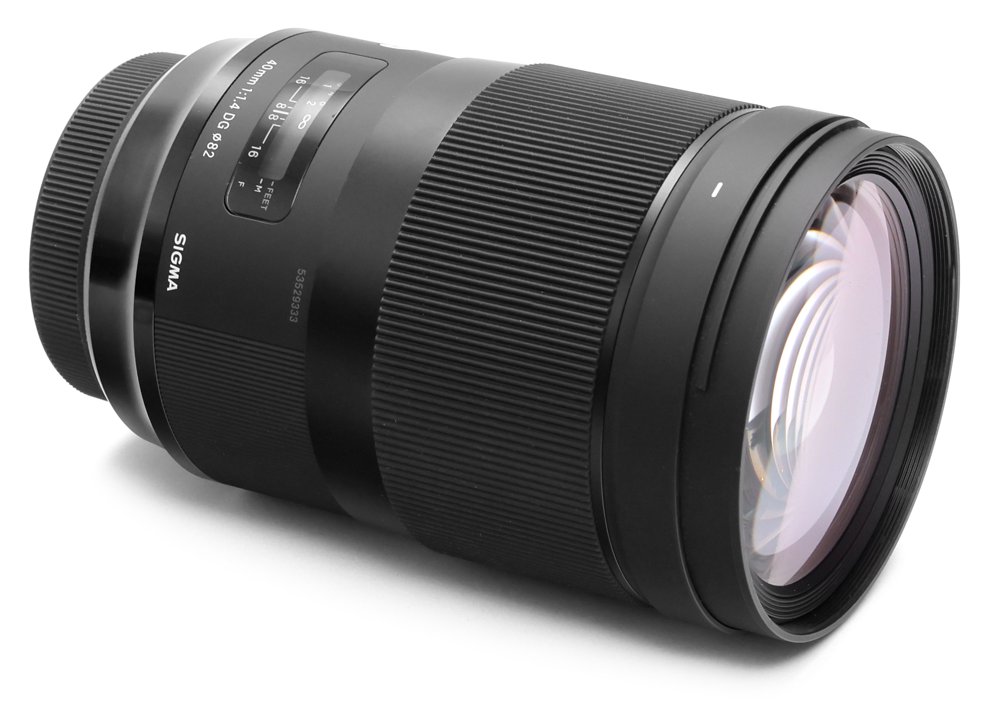 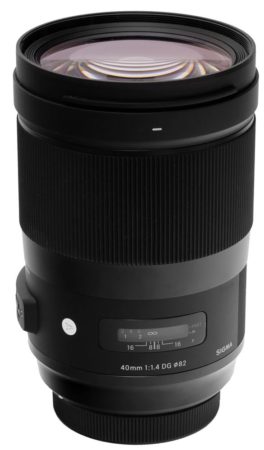 This lens immediately inspires respect as soon as you pick it up. Fix with a weight of 1200g is not a joke. However, its optical qualities match the weight and dimensions. The lens is really very good.

My impressions of photos on the Sigma 40mm f1.4 ART

The first thing that catches your eye is the high contrast of the image. This can be seen both on the camera screen and when opening files in Lightroom... Photos taken with the Sigma 40mm f1.4 ART simply clink with sharpness and micro-contrast. When processing the contrast slider, I did not touch it, there is plenty of it there.

Sharpness is amazing already from f1.4 aperture. So you need to close it, in fact, only for management. depth of field... Photo on the street, I did not see the point at all, even somehow twisting it in post-processing. The image is already very juicy and saturated right from the camera. This is the exact opposite of the old low contrast lenses.

By the way, the autofocus of this lens is quiet, fast and works flawlessly on a Canon mirrorless camera.

Like a reportage lens I really liked the drawing. Technically very correct image, requiring a minimum of intervention during processing. No aberration, no distortion, no drop in edge sharpness, etc. But as a reportage, it is too heavy for fixed lens... And I personally don't need f1.4 aperture. Even for dark rooms, f1.8-f2 is enough for me. And if the Sigma 40mm f1.4 ART is not used in the open, then it loses its attractiveness. There are many other lenses with a slightly smaller maximum aperture, but also less weight and price. It makes sense to take such optics if you often plan to use exactly f1.4.

Like a lens for portraits I didn't like him very much. Yes, sharpness and contrast are cool. But not to take individual portraits. Sigma ART will draw all the pores on the face and show all the imperfections of the human skin. Also, if we're talking about portraiture, I don't think it's necessary to chase contrast. I personally like soft-focus portraits much more than more modern, perfectly sharp and technically correct ones. Canon EF 50mm f1.2L, in my subjective opinion, is much more suitable for portrait photography than any sigma art. 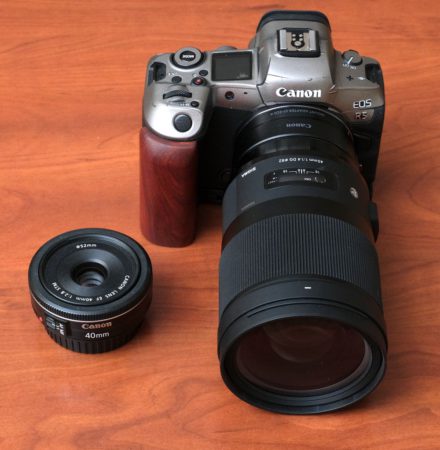 I believe this is a highly specialized lens. There are tasks where ideal optical performance is required with an open aperture. For example, slow-motion video filming under artificial studio lighting. In such shooting, you need to set a short shutter speed, and the power of the light source is limited, so we run into the aperture. This kind of shooting requires high detail and everything that the Sigma 40mm f1.4 ART is capable of. I gave a particular example where such a lens is really needed. There may be other appointments as well.

You should not take such a lens because you want to try and play with a large aperture. It will end up lying on the shelf, because the weight of 1200g is really a lot. This setting comes close to fast telephoto lenses like the 70-200mm f2.8. But there are especially no alternatives - on such focal lengths you have to carry a lot of glass with you for the sake of aperture. A 40mm lens has many alternatives, which for the most part make more sense and are more practical to use. For example - Canon EF 40mmf 2.8 STM, weighing and costing 10 times less. But that's a completely different story. 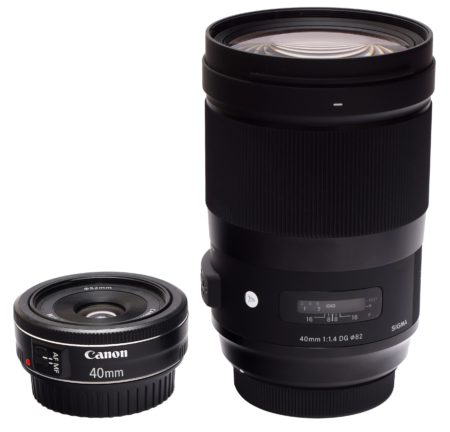 Mamiya Sekor 80mm f2.8 - vintage medium format lens for Mamiya 645 cameras with a film size of 6 x 4,5 cm. That is, it covers a much larger area of ​​the frame than modern Fujifilm Medium Format Cameras.

I tested this lens on a full frame, on a crop, and also on an interesting medium format adapter Vizelex Rhinocam (which I will talk about separately).

It is a well-built metal lens with manual aperture and focus rings. To mount on cameras with Canon EF mount, you need such an adapter.

Full frame - this is a nice soft-painting portrait. It has very decent detail. There are no problems with sharpness. But on the other hand, this is not a “ringing” lens. Now everyone is chasing the maximum micro-contrast and razor sharpness, this is not about Mamia. And I don’t think this is bad. 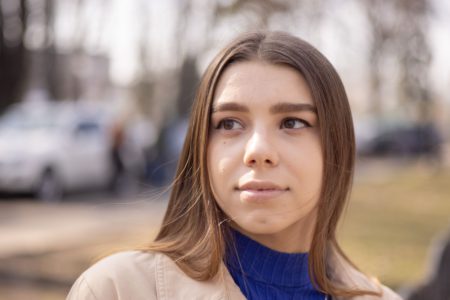 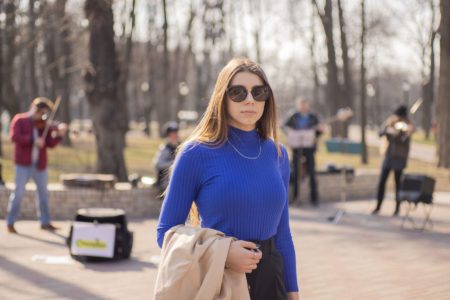 The bokeh is pleasant despite the complex background.

Lenses such as Canon EF 24-70 f2.8L IIThe Sigma 40mm f1.4 ART, gives you the ultimate in detail and maximum contrast. But for portraits, I consider these qualities superfluous. 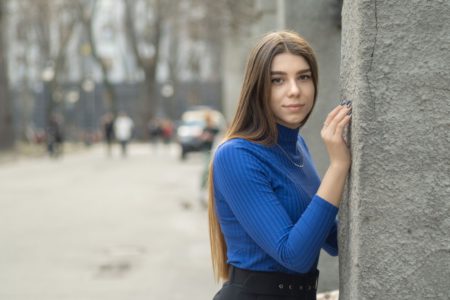 An integral minus - manual focus... It is inconvenient, it takes time and you can miss some points, which of course limits the scope of such optics. 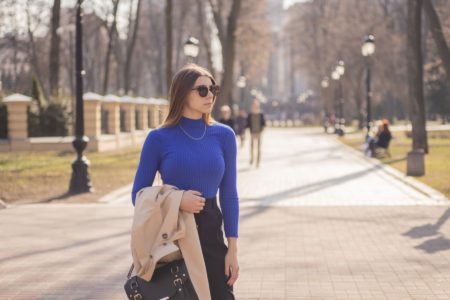 This lens has a color shift that needs to be taken into account when processing RAW files.

Do you need medium format?